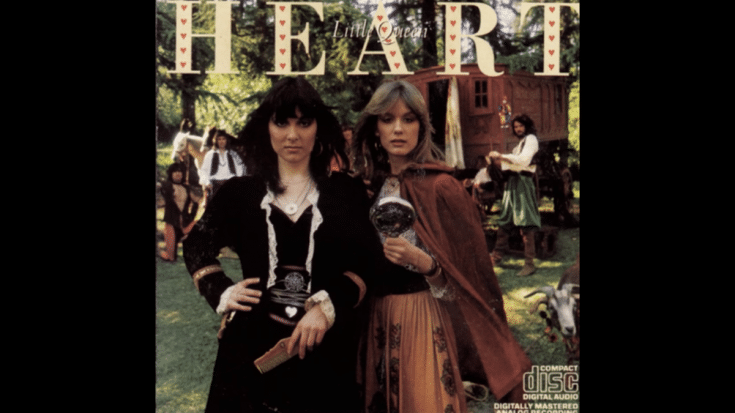 Heart is a force of nature. Sisters Ann and Nancy Wilson proved they could outperform and out-rock their male contemporaries and “Barracuda” perfectly captured their essence and ethos as rockstars.

Featured on their third studio album Little Queen, “Barracuda” was penned by Ann and Nancy along with guitarist Roger Fisher and drummer Michael DeRosier. The song is about the music industry in general but specifically, it’s directed towards their label Mushroom Records which released a made-up story about Ann and Nancy’s incestuous relationship. Ann was once asked by a male radio promoter how her “lover” was. Ann initially thought he was referring to her then-boyfriend DeRosier but when he clarified he was asking about her sister Nancy, Ann was enraged and rushed into her hotel room.

In a 2019 interview with Gear Factor, Nancy revealed that she borrowed the guitar riff from Nazareth’s cover of the Joni Mitchell original “This Flight Tonight”.

She said, “We’ve been opening for a band called Nazareth in Europe and also for Queen. And Nazareth had a hit with a Joni Mitchell song that they covered [in 1973] called ‘This Flight Tonight’ that had kind of that riff. So we kind of borrowed that. And we made it into ‘Barracuda.’ And we saw the guys from Nazareth later and they were pissed. ‘You took our riff!’. But that’s kind of what everybody – you borrow from what you love and then you make it your own. It’s one of those sounds too, it’s one of those guitar tones that I’m still trying to figure out what we did. [Laughs] It’s hard to re-create.”

Listen to her isolated guitar track below.