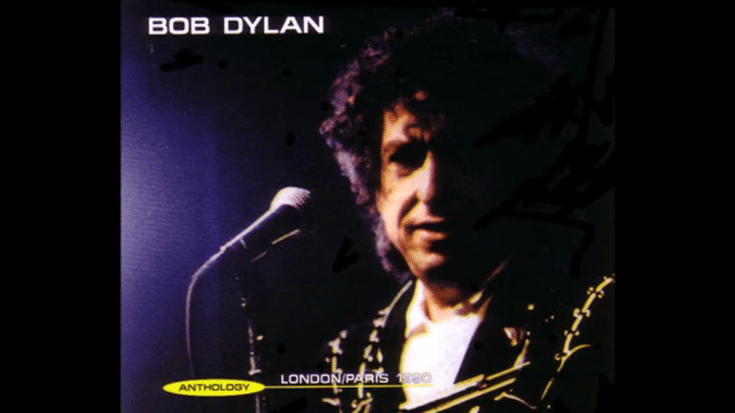 Bob Dylan played a key role in The Beatles’ music because he introduced the boys to cannabis and he also influenced John Lennon and Paul McCartney’s songwriting. And in 1990, Dylan paid tribute to the band when he performed “Nowhere Man” at the Northern Alberta Jubilee Auditorium in Edmonton, Canada.

“Nowhere Man” was first featured on Rubber Soul, released in December 1965. It’s one of the Fab Four’s first songs that didn’t touch on romance or love and therefore, became a pivotal moment for Lennon as a songwriter.

He said, “I’d spent five hours that morning trying to write a song that was meaningful and good and I finally gave up and lay down. Then ‘Nowhere Man’ came, words and music, the whole damn thing, as I lay down.”

Listen to Bob Dylan’s take on this classic.