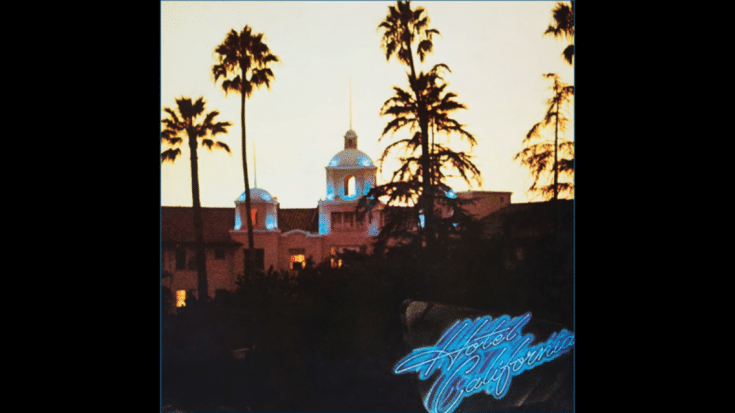 The Eagles have created some of the most unforgettable classic rock radio station staples. But even with such a rich catalog of stellar songs, one stands out – Hotel California. Released in 1977, the band reached their creative peak with the Hotel California album with the title track which can only be described as a masterpiece.

The song became a crowning achievement of the band. Let’s take a look why.

First off, the whole eerie and creepy vibe somehow only adds to the intrigue about the song. Hotel California developed from melodies Don Felder played around with. One of those was something he made from descending arpeggios and it was what hooked his bandmates.

Second, the lyrics touched on their personal experiences in Los Angeles though not one of them came from California. Thus, there are vivid images of the happy and heavenly California. Don Felder recalled, “All of us kind of drove into L.A. at night. Nobody was from California, and if you drive into L.A. at night… you can just see this glow on the horizon of lights, and the images that start running through your head of Hollywood and all the dreams that you have, and so it was kind of about that… what we started writing the song about.”

Henley also referred to Beverly Hills as “a mythical place” to them. But more than that, Glenn Frey wanted a Twilight Zone feel so they drew from John Fowles’ The Magus. Frey explained, “We take this guy and make him like a character in The Magus, where every time he walks through a door there’s a new version of reality. We wanted to write a song just like it was a movie.”

There’s cinematic lyricism which was already present from the start of the song.

Third, many have tried but no one has been able to come up with a meaning that everyone agrees with. Hotel California is vague, perhaps intentionally so, and open to various interpretations. Some say it’s about evil as the lyrics touch on the dark underbelly of California where hedonism is ever-present. Plus, there are religious references complete with symbols and even metaphors. And this is perhaps the track’s biggest selling point – it offers intrigue because of its vagueness. Ever since its release, there’s been no shortage of analysis as to what every line means or references.

Overall, Hotel California is a monumental track. It has aged well and its accolades are well-deserved.