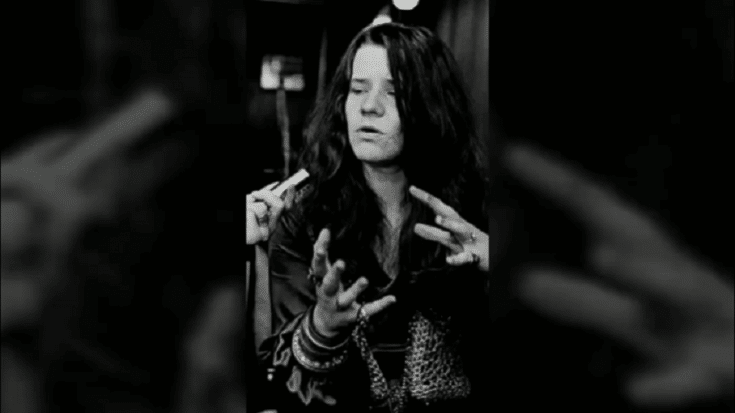 In 1968, Studs Terkel interviewed then-25 year old Janis Joplin whom he dubbed as “the most popular of all the young white blues singers of the late sixties.” Before their conversation began, Terkel recalled: “At the time we spoke, I had slight reservations about her as a singer of blues, but nonetheless, seeing her on the stage, the powerful animal quality that she had obviously registered with the young came through.”

Joplin revealed, “You know how kids listen to radio and all. I never listened to radio, I didn’t never get into that rock-and-roll trip. I just listened to blues. It seemed real. The other stuff seemed so tacky, teenagey. It didn’t seem to have any truth in it or something. From the first moment I ever heard it that was my music.”

Joplin also shared how her parents view her music and what they think about her singing style. You can check out the rest of the interview below.

Decades later, Terkel looked back at that particular moment and told host Lynn Neary that “she was life at full tide” and “had so much juice in her.”