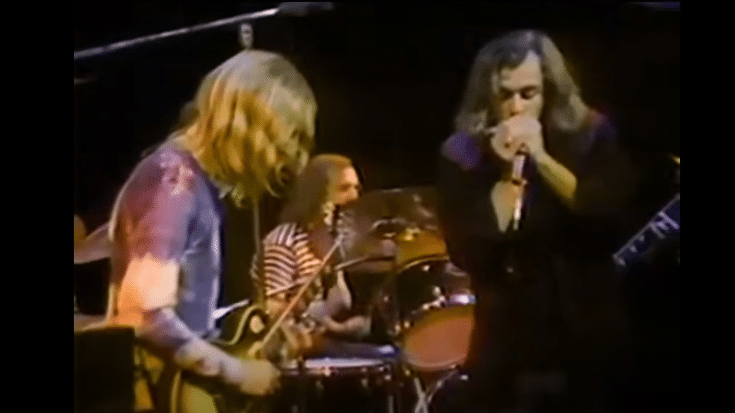 Recorded live on September 23, 1970 at Fillmore East in New York, The Allman Brothers Band were part of the stellar lineup on Bill Graham’s TV special called Welcome To The Fillmore East. The lineup includes Duane and Gregg Allman, Dickey Betts on guitar, Berry Oakley on bass, Butch Trucks and Jai Johanny Johanson on drums, and Tom Doucette on harp.

They kicked off their set with “Don’t Keep Me Wonderin'” which you can watch below, and wrapped it up with the fiery “Whipping Post.” They may have encountered some technical difficulties but their performance was definitely nothing short of spectacular. Of course, it showcased Duane Allman’s virtuosity and sheer musical brilliance. But the rest of the members also brought their A game.

This was filmed six months before their epic live album “At Fillmore East” which served as their commercial and artistic breakthrough. They definitely set the bar high with this particular live release.

Duane Allman revealed in a 1970 interview with Ed Shane, “You know, we get kind of frustrated doing the [studio] records, and I think, consequently, our next album will be … a live recording, to get some of that natural fire on it.” And that’s exactly what happened. The LP captured their essence as a rock act and also the magic of their live performances.