Listen To 3 Songs That Shot Wings Over America to #1 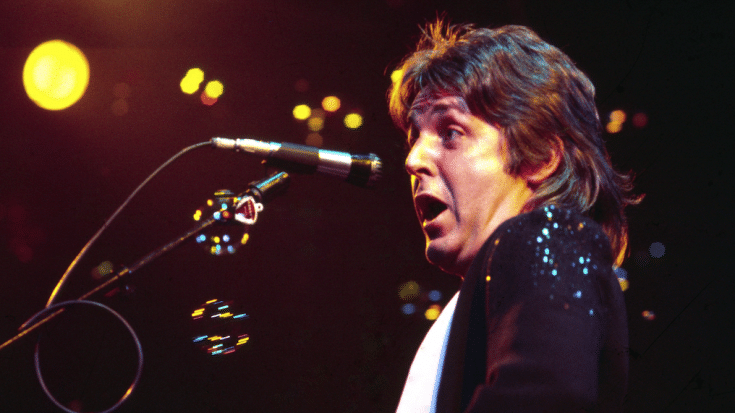 FORT WORTH, TEXAS - MAY 03: Paul McCartney performs live on stage at the Tarrent County Convention Hall on the first night of their Wings Over America Tour in Fort Worth, Texas on MAY 03 1976 (Photo by Richard E. Aaron/Redferns)

Paul McCartney had formed Wings in 1971 with his wife Linda on keyboards, Moody Blue’s guitarist Denny Laine, and session drummer Denny Seiwell. After wrapping up their North American tour, Wings released Wings Over America on December 10,  1976. The band had 4 prior #1 albums since their formation and were on fire.  Wings Over America was an immediate success and became the first triple set album to reach Billboard #1 status. 29 tracks were organized for the 1976 release including a handful of tunes from Paul McCartney’s work with the Beatles. The album sort of turned out to be a culmination of Paul McCartney’s work up to that point… but no one is complaining.

Band On The Run

Folk-rock funk mega-hit includes a heavy Paul McCartney bass groove and iconic synth work. Known for legendary lyrics “if we ever get out of here…” followed by the choppy drum solo that smoothed out into the funky “band on the run.” McCartney later stated that the song was inspired by bands being busted for drugs.

This is a Wings classic. It is actually two songs combined to make 1  mashup.  It is about a concert goer waiting for the show to commence. Paul said the song is about “an imaginary friend who’s got a girlfriend who’s the kind of person who asks what your sign is before they say hello. That’s it.” This jam set the stage for most of their sets on their North American tour, Wings Over America.

This track is an obsession based song about love. According to McCartney biographers, this song was inspired by Paul’s obsession with his wife and band mate, Linda,  and his recognition that she needed more independence to pursue her own personal interests. “I want to put her on the radio…” The track also includes some heavy McCartney bass.