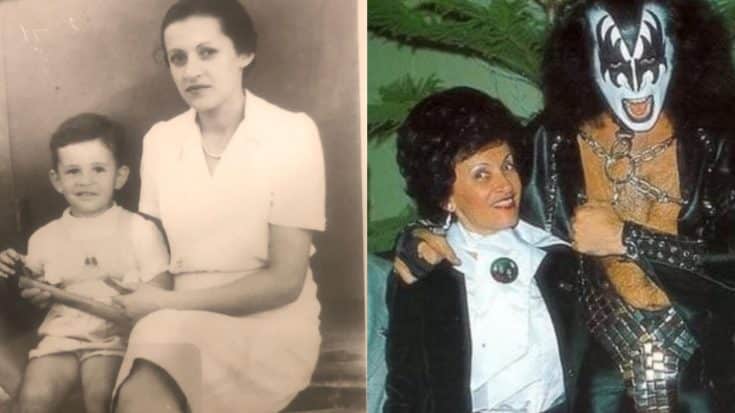 Just a few days ago, Paul Stanley of KISS broke the heartbreaking news that Flora Klein, mother of Gene Simmons, had passed away at the age of 93. Both Stanley and Gene’s wife Shannon posted their own tributes to Flora via social media and KISS fans alike have all expressed their sympathy towards Gene and his family during this incredibly sad time.

Rest in peace my dear Flora. The best grandma and mother in law I could ask for. You were loved and you will be missed

We didn’t hear from Gene for some time amidst the news of his mother’s passing, which is completely understandable. However, now Gene has posted a tribute to his mother on Instagram and honestly, it might make you cry…

I lost my Mother. My mentor. My moral compass. And I am heartbroken. ? My Mother, Flora Klein passed away at 93 years of age. No illness. No pain. She simply quietly, went to sleep. My Mother will always be in my thoughts and in my heart. Today. And Forever. And I would urge all of you, to run over, put your arms around your mother, kiss her and tell her how much you love her. Do this every day!

Over the years, Gene has often expressed how his mother was, is and always will be his greatest inspiration. Flora was a Holocaust survivor who came to the United States with Gene when he was very young. In fact, Gene stated in an interview with Steve Harvey that had it not been for her horrific childhood and the wisdom she had passed onto him, he may have gone down a darker path himself.

Gene describes himself as “embarrassingly patriotic” which he also admits comes from his mother. Do yourself a favor. Go on YouTube right now and look for all of the endless amounts of videos where Gene talks about his mother Flora. If that doesn’t inspire you, nothing will. As Gene said himself in his tribute, “I would urge all of you, to run over, put your arms around your mother, kiss her and tell her how much you love her. Do this every day!”