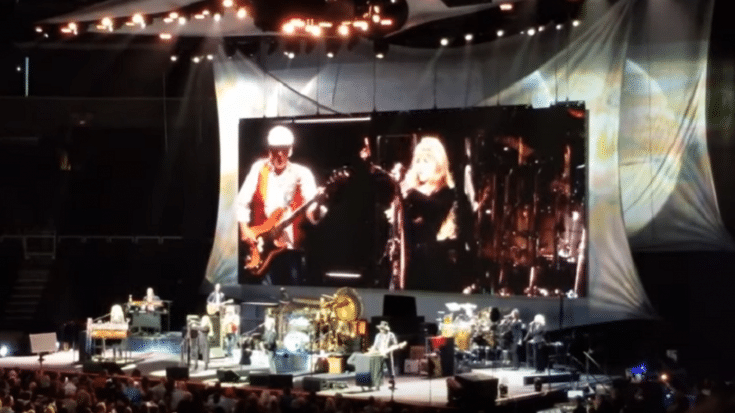 Mick Fleetwood to Lindsey Buckingham: “His Legacy is Alive and Well”

In a new interview with Rolling Stone magazine where he discussed about the upcoming Peter Green tribute show on February 25 at the London Palladium, Mick Fleetwood revealed whether there’s any possibility of Lindsey Buckingham returning to Fleetwood Mac in the future.

He said, “Fleetwood Mac is a strange creature. We’re very, very committed to Neil and Mike, and that passed away a time ago, when Lindsey left. And it’s not a point of conversation, so I have to say no.

“It’s a full drama of Fleetwood Mac, no doubt. His legacy is alive and well, and as it should be. A major, major part that will never be taken away, and never be down-spoken by any of us.

“Neil and Mike have tremendous respect for Lindsey. The situation was no secret. We were not happy. It was not working, and we parted company. And that really is the all of it.”

When asked whether they’ll do a farewell tour, he answered: “I suppose. It would be the right thing to do, to let people know you’re not wanting to play again.

“We are not at that point, but if we get there, it’s a pretty good, gracious thing to let people know they’ll never see the band play again.”

Lindsey Buckingham was fired in 2018 and the band took in Crowded House’s Neil Finn and Heartbreakers’ Mike Campbell to replace him. Buckingham sued Fleetwood Mac but the lawsuit was settled out of court. On February 2019, Buckingham had to undergo an emergency open heart surgery.