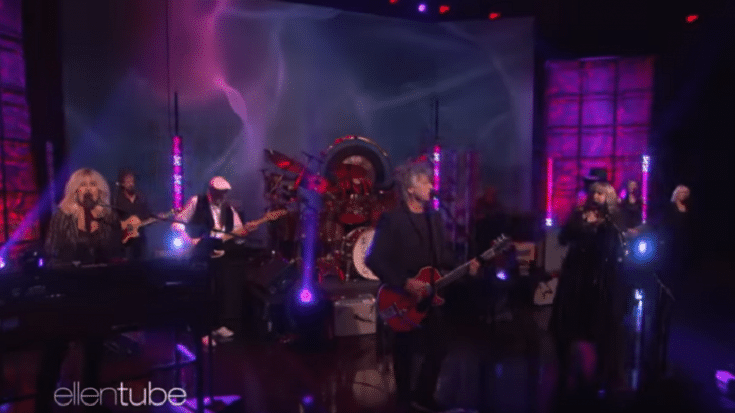 But “There’s Loads of Alternatives”

Fleetwood Mac recently wrapped up their 13-month long trek – their first tour with Mike Campbell and Neil Finn taking over Lindsey Buckingham’s guitar duties. In an interview with Rolling Stone magazine where he also discussed the possibility of Lindsey Buckingham returning to the band and the upcoming tribute show for Peter Green, Mick Fleetwood talked about Fleetwood Mac’s future – particularly regarding lengthy touring.

He said, “We’re not going to do a [long] tour, I would say, ever again. But there’s loads of alternatives. People like Peter Gabriel have a lovely way of working where they go and just do four or five major festivals during the summer. That’s the sort of vision that I see for Fleetwood Mac. We’re able to cherry-pick things that have dignity, and are fun to do, and they’re historically interesting.”

Although moving forward, they haven’t discussed new plans yet, they remain as tight as ever. He continued, “We had a lovely get-together in L.A. about two weeks ago after the tour. We are all very open to that continuing in the band. There’s no breaking up of the band. We were like, “Give us a break. Give us a few weeks before we start wondering what to do.” In the New Year, we’ll touch on what the vision is.”

When asked about a farewell tours, which seem to be the trend nowadays, Mick Fleetwood admitted that he’s open to the idea and that “It would be the right thing to do, to let people know you’re not wanting to play again. We are not at that point, but if we get there, it’s a pretty good, gracious thing to let people know they’ll never see the band play again.”

Fleetwood Mac will hold a tribute concert for their founding member Peter Green on February 25. Among those included in the lineup are Billy Gibbons, Steven Tyler, and David Gilmour.