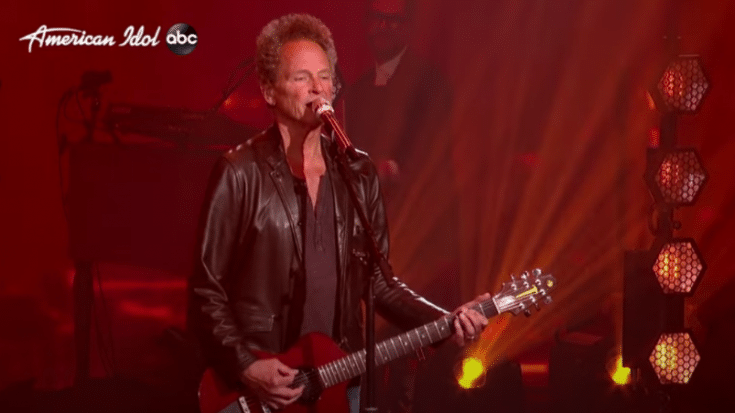 Former Fleetwood Mac guitarist Lindsey Buckingham appeared on the season finale of American Idol and teamed up with onetime contestant Cassandra Coleman for a stunning performance of the classic hit “Go Your Own Way”. It seemed like Buckingham is definitely returning to form following health issues for the past few years. He previously returned to performing last December at a livestream concert.

In March, Mick Fleetwood revealed that he has reconciled with Buckingham – the latter was dismissed in 2018 which caused a rift between Buckingham and his former bandmates. As Fleetwood Mac continued their tour, they brought in Tom Petty And The Heartbreakers’ Mike Campbell and Crowded House’s Neil Finn as replacements.

Last year, Fleetwood insisted that a reunion with Buckingham was out of the question but it seems like he’s had a change of heart and he’s now open to reuniting with Buckingham. Fleetwood told Rolling Stone, “My vision of things happening in the future is really far-reaching. Would I love to think that [reunion] could happen? Yeah.”

“I know for a fact that I intend to make music and play again with Lindsey,” he added. “I would love that. It doesn’t have to be in Fleetwood Mac.”