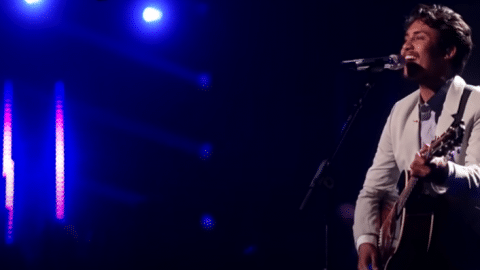 American Idol celebrated Mother’s Day earlier this month with a poignant and moving episode. Arthur Gunn took on Lynyrd Skynyrd’s classic hit “Simple Man” and dedicated it to “all the moms out there.” With his signature vocals, he definitely did the song justice and added his own flavor to it too. Watch his powerful performance below.

Featured on (Pronounced ‘Lĕh-‘nérd ‘Skin-‘nérd), “Simple Man” is one of Lynyrd Skynyrd’s best known and most enduring songs. Written by Ronnie Van Zant and Gary Rossington, “Simple Man” came together not long after Van Zant’s grandmother passed away and he started telling stories about her.

“Well that’s a great song and something that I think we all live by,” frontman Johnny Van Zant said in a commentary. “I think anybody out there needs to respect their mother, and the words of their mother.”

“It’s mama talking to you in that song and I think it’s probably one of my favorites if not my favorite to do live,” he added. “It’s just a great song and that one stays in the set and the crowd always goes crazy on that one.”

The track sold more than a million copies in the US alone.