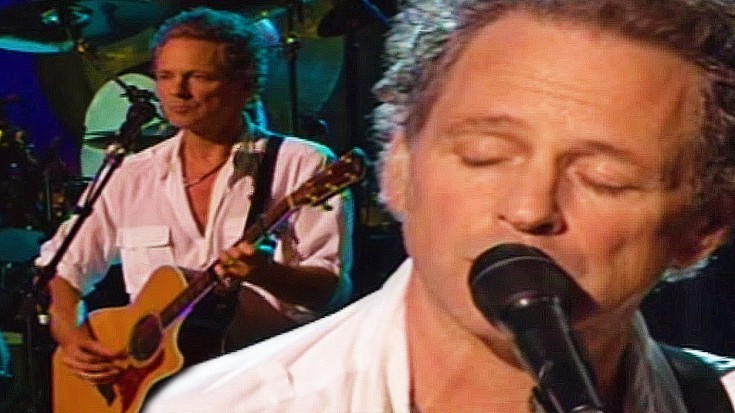 “She Broke Down And Let Me In…”

Fleetwood Mac lead guitarist Lindsey Buckingham is a force to be reckoned with. A prolific songwriter, Buckingham penned the lyrics to the acoustic piece ‘Never Going Back Again’ after his breakup with Stevie Nicks about a rebound relationship with another woman and was met with critical acclaim for both the lyrical content and his immense talent on guitar.

The working title for the song was ‘Brushes’ because it was originally recorded with just Buckingham playing acoustic guitar and Mick Fleetwood playing a snare drum using drum brushes.

Flanked by Fleetwood Mac members Mick Fleetwood and John McVie, Lindsey took the stage for one of his best performances of ‘Never Going Back Again’ of his entire career; the crowd is virtually silent as he picks his way through this acoustic ballad, only to burst into a furious round of applause as the last note rings out. Featured on 1977’s Rumours, this Fleetwood Mac classic is one that has definitely stood the test of time!