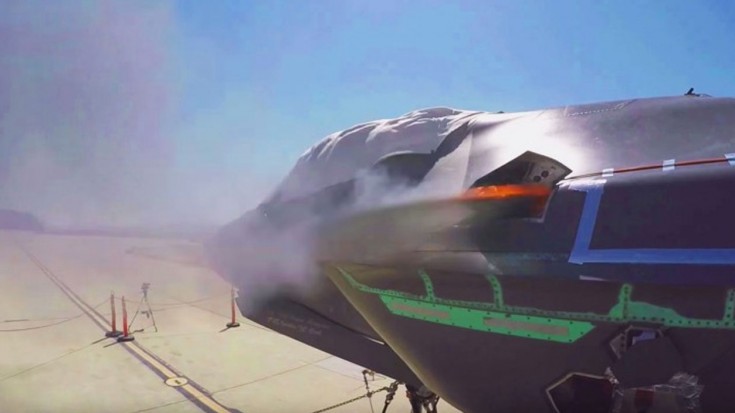 Thrilling Demonstration Of Its Gatling Gun

The Lockheed Martin F-35 Lightning II is a stealth multi-role fighter which is primarily used by the United States Air Force, United States Marine Corps, United States Navy and Royal Air Force. It is still being produced and as of November last year, there are a total of 115 aircraft built. It was developed from the experimental prototype aircraft, Lockheed Martin X-35. The fifth generation has been designed to perform a wide array of functions including ground attack, air defense missions and aerial reconnaissance.

This amazing footage shows the F-35A’s left wing root firing 181 rounds. It sure is one menacing machine! Absolutely impressive! It’s definitely another milestone for this incredible airplane. Awesome video quality as well!