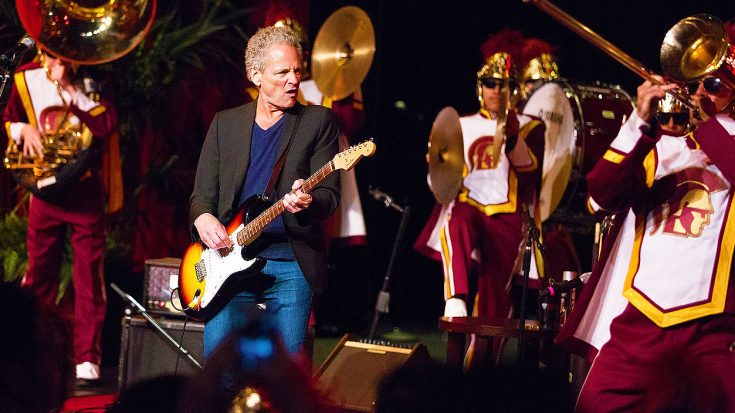 Buckingham and the Band

The University of Southern California marching band are known as the Spirit of Troy. A tradition at USC is the band performing the Fleetwood Mac classic “Tusk” at football games, pep rallies and other campus events. “Tusk” has become part of the tradition of being a Trojan at USC. Recently, USC invited Fleetwood Mac frontman Lindsey Buckingham for a sit down conversation. At the end of his performance, a drummer from the marching band asked if Buckingham would join him for a rendition of “Tusk,” and what happened next was incredible!

Buckingham is joined on stage by the entire Spirit of Troy, as they perform a duet of the song that is so dear to the Trojan’s hearts. As a bonus, Buckingham and the band also perform “Go Your Own Way.”

The original music video for “Tusk” featured the USC band, and the band has made it apart of the school ever since! This past week, USC faced the University of Alabama in a highly anticipated football game. With Alabama’s nickname being the Crimson Tide, and their mascot being an Elephant, they too have had a history of playing the song “Tusk.” It was rumored before the game that the two bands were feuding over the song, and could possibly have a battle of the bands on game day, but nothing happened.

Enjoy this video of Buckingham with the Spirit of Troy!