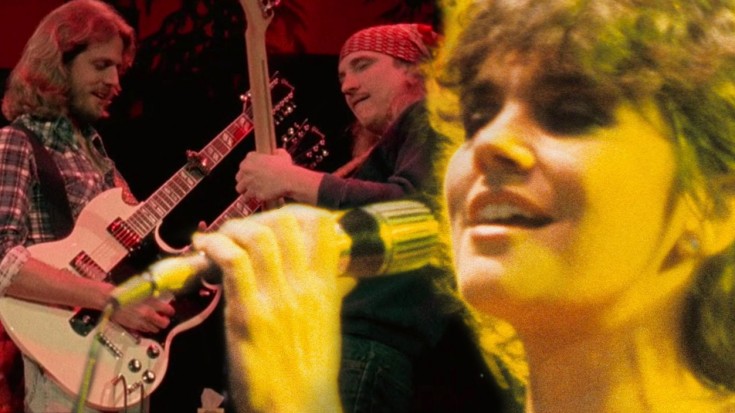 Written in 1973 by Eagles Don Henley and Glenn Frey, ‘Desperado’ is an emotional journey about a cowboy who refuses to settle down and fall in love, thinking that keeping up his defenses will keep out the pain that comes with loving someone, not realizing that it also keeps the love away too. The band achieved critical acclaim for ‘Desperado,’ and later that year were recruited to recreate the same magic when friend Linda Ronstadt covered it for her album Don’t Cry Now.

Don Henley began writing parts of this in the late ’60s, but it wasn’t arranged into a song until his songwriting teammate Glenn Frey came along. It was the first of many songs Henley and Frey wrote together.

The Eagles were featured on the studio version of Linda’s cover of ‘Desperado,’ but it’s in this rare live performance featuring both Linda and her former backing band that you really see why this combination is so brilliant; the equal exchange of power, the push and pull between Linda and the Eagles is absolutely stunning. It’s their song, yet they’re more than happy to let Linda shine and provide the harmonies that tie everything together beautifully.