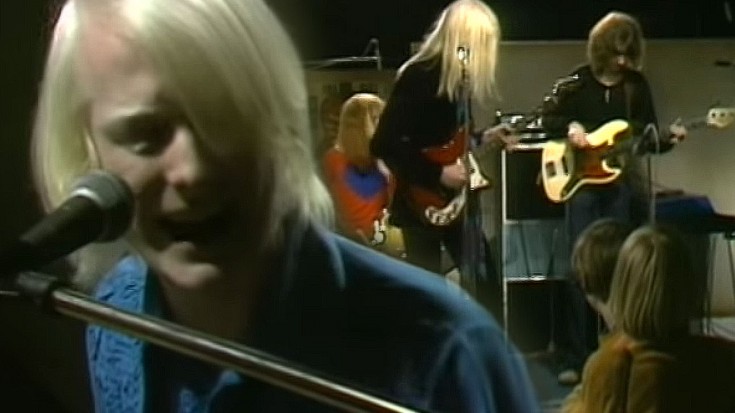 Some of music’s most unsung heroes, brothers Johnny and Edgar Winter were behind some of the most killer music to come out of the rock and blues scenes of the 60s and 70s, and at one time even boasted an all-star lineup that included the talents of Tommy Shannon, who would later go on to play bass for Stevie Ray Vaughan and Double Trouble.

The combination of Edgar’s voice, keyboard and saxophone skills that were equal parts Delta blues and Southern Baptist church on Sunday morning mixed with Johnny’s almost unnatural gift for making guitars wail makes for one of the best performances of ‘Tobacco Road’ we’ve ever seen!

From the moment Edgar begins riffing on his keyboards, you wonder where this is going – you have no clue where this impossibly tall, albino keyboard player sporting a saxophone around his neck is headed but after a moment, it doesn’t matter because you’re already sucked in and wondering just where the hell that voice came from! Just when you think you’ve heard it all, Edgar launches into a saxophone solo that’ll absolutely floor you, with Johnny jumping in moments later with a guitar solo that’s everything we love about the blues – equal parts finesse and brutal force, with a little spice thrown in for flavor. If ever there existed a performance that took us to church, this would be it!