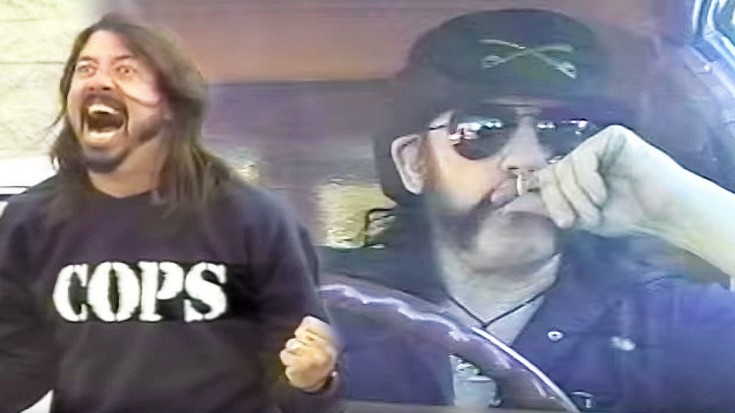 The most rock n’ roll video ever?

Back in 2011, the Foo Fighters released their seventh studio album Wasting Light. One of the highlight moments on that album was the song “White Limo,” a fast-paced, head banging, full-fledged rock song. For the music video, frontman Dave Grohl decided it would be a great idea they invited Lemmy, from Motörhead, to drive them around in a white limousine while the band acted crazy in the back of the vehicle. In addition, the video was shot on VHS to give it an old school effect, and the band intentionally poorly lip-synced to create a hilarious final product.

“There’s something about old school VHS. It has this weird resolution that’s almost more high-def than high-def. It makes you look so gross. The lighting is always bad and the colors are always off. There’s just something about it. It’s almost like an effect, you know?”- Grohl revealed

The whole video is a light parody on the old school punk rock music videos. Lemmy definitely steals the show as the best limo driver to ever exist, the Foo’s do a great job of partying and having fun until they pass out, and the entire video ends in the most rock n’ roll way possible.

Check out the music video down below and see for yourself!