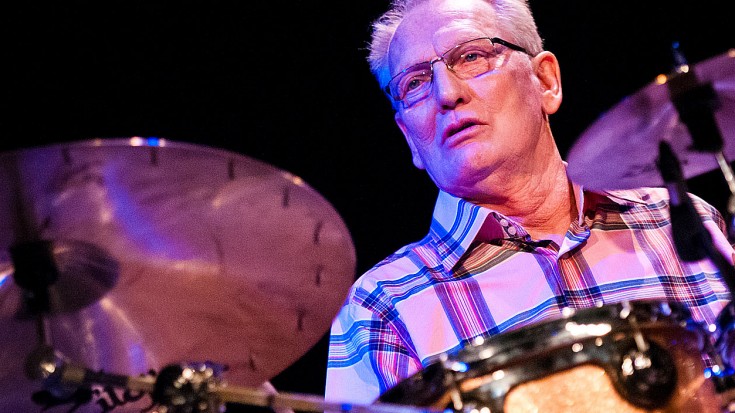 In a year where rock is losing its best and brightest at an alarming rate, it’s always a little worrisome when we hear news of a rock legend in ill health. Thankfully, in the case of Cream drummer Ginger Baker, the 76-year-old rocker is “okay” following open heart surgery just a few days ago. Baker confirmed plans for the surgery in February after an undisclosed “major” heart condition and bad fall suffered at home sidelined him and any future plans for touring with his band Air Force 3; his daughter Leda took to her father’s website to update fans on Ginger’s condition, revealing that aside from a little grogginess and disorientation, “he is miraculously recovering well.”

What a relief! At 76, Ginger’s seen it all and done it all and he’s one of the most formidable forces to ever sit behind a drum kit – we’re not ready to lose one of rock’s most beloved legends just yet. We wish Ginger a speedy recovery and a gentle return back to the stage, and stay tuned to Society Of Rock for updates on his condition in coming days and weeks.