Another Prince Guitar Has Popped Up On Ebay- You Won’t Believe The Starting Bid! 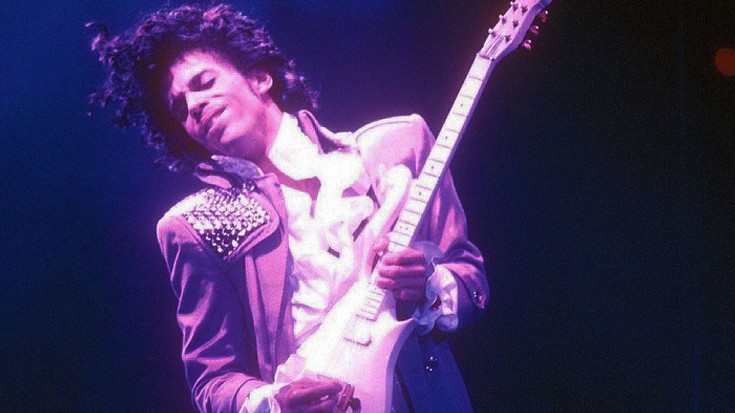 Get ready to break the bank!

It’s been a little over 2 months since we lost “The Purple One,” and since then, some of Prince’s property has been popping up on the internet for sale. The most recent item to hit Ebay, is Prince’s iconic purple cloud guitar. The starting bid? $70,000! The seller, based in the Netherlands, claims the guitar is completely legit and complete with a certificate of authenticity.

“The guitar went from Las Vegas to Chamonix in France, where it has been on display. After that I bought the guitar in 2007 during an auction from the-saleroom.com. The certificate of authenticity is signed by Dale Thompson, the former president of Art of Music. And verified by the current president of Art of Music.” –item description from seller johanbjmax on ebay.com

It is unclear of which performances Prince used the guitar during. On the posting, one of the photos the user provides is a picture of Prince wielding (what we assume) could be the same purple cloud guitar on the cover of Guitar Player Magazine.

Prince’s “cloud guitar” design was originally designed for the Purple Rain film. It could very well be that this was the exact guitar used in the movie. If so, we can’t imagine what the selling price would be! Back in June, Prince’s yellow cloud guitar was purchased by Indianapolis Colt’s owner Jim Irsay for $137,500.