According To Robert Plant, THIS Is The Greatest Led Zeppelin Song Ever Written 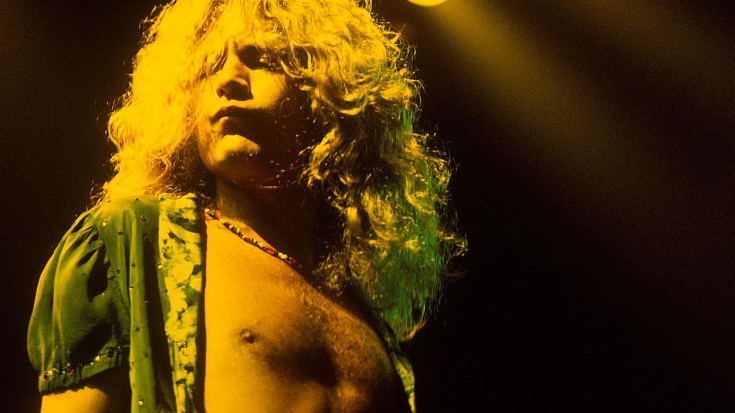 6 years before one of the most epic legal battles music has ever seen, Led Zeppelin frontman Robert Plant revealed that despite the fight he and bandmates Jimmy Page and John Paul Jones would later put up to prove that “Stairway To Heaven” wasn’t plagiarized from Spirit’s “Taurus,” that really isn’t the song that he or Led Zeppelin wanted to be remembered by – in fact, to Robert it actually pales in comparison to another well loved Zeppelin classic. So wait a second…if “Stairway To Heaven” isn’t the holy grail to the band who wrote it, what on earth could possibly take its place?

The answer: “Kashmir”. With its distinct Middle Eastern sound and thundering, almost punishing rhythm highlighted by Plant’s crystalline vocals, “Kashmir” is as well loved as “Stairway,” if not more so by both dedicated Led Zeppelin fans and the band itself and in 2010, Robert expressed frustration with the fact that of everything they’ve ever written, Led Zeppelin will never be known for this 1975 classic the way they are for “Stairway To Heaven”.

“I wish we were remembered for ‘Kashmir’ more than ‘Stairway To Heaven,’” revealed Robert.

I don’t know, Robert; when all is said and done and our legends are gone, we’ll remember “Stairway To Heaven” for its dreamy feel and that epic guitar solo from Jimmy Page, but there’s something majestic and larger than life about “Kashmir” that makes it impossible to ignore. Where “Stairway” whispers, “Kashmir” comes in with a roar – taking on a life of its own as definitive proof of the magic that happened when Led Zeppelin came together. “Stairway” may be a masterpiece, but something tells us that Robert, Jimmy, and Jonesy don’t have to worry about its legacy overshadowing that of “Kashmir”!