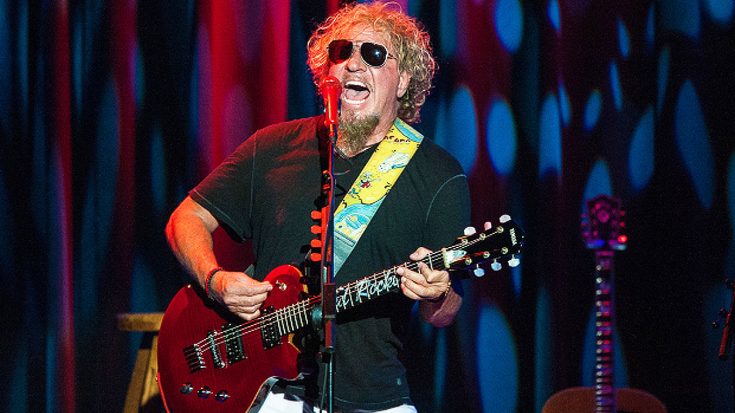 A great gesture toward a wonderful cause

Sammy Hagar celebrated his Fourth of July weekend by doing some philanthropy. Over the weekend, Hagar donated a check of $100,000 to the Pediatric Cancer Program at the UCSF Benioff Children’s Hospital in San Francisco. The money was raised via Hagar’s “Acoustic-4-A-Cure,” an event in May that was held at the Filmore in San Francisco. The event featured big names like James Hetfield, Tommy Lee, John Mayer and TRAIN. Hagar says Neil Young’s charity concert, “Bridge School,” motivated Hagar to institute his own benefit concert. Hagar teamed up with Hetfield, and the two have been holding the event for 3 years now.

Rather than donate the money straight to research, Hagar decided to tailor the donation to a specific research doctor and branch. He will support a specific doctor’s research at the hospital by donating $100,000 per year to put towards her research, equipment and assistants to help her out with paperwork.

“This lady is building immune systems through diet and through vitamin therapy and stuff that are extending their lives. Because these children have strong immune systems…she’s squeezing 10, 12, 14 years out of some children and so I’m supporting her.”– revealed Hagar.

Hagar has been working with his Supergroup The Circle since 2014. The group features former Van Halen bassist Michael Anthony, Waboritas guitarist Vic Johnson and drummer Jason Bonham. The group toured together in 2014, and in August 2015, Hagar reported that the band were hoping to get into the studio soon and record their debut studio album.

Check out a clip from the event down below!