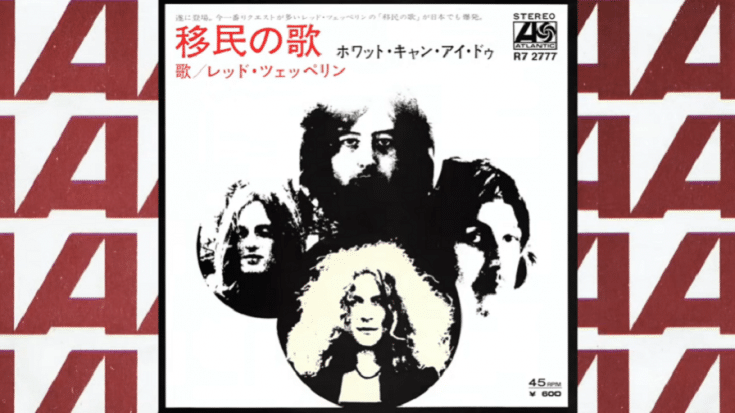 Led Zeppelin are streaming the Japanese version of their 1970 classic “Immigration Song” – part of their limited edition 7″ vinyl along with the non-album track “Hey, Hey, What Can I Do.” This is for the 50th anniversary of their album “Led Zeppelin III”, set for release on January 15, 2021. It’s currently available for preorder and limited to only 19,700 copies.

Built on a repeating riff, “Immigrant Song” became one of the band’s best-known and most enduring hits. Inspired by their 1970 stop at Reykjavík, Iceland, guitarist Jimmy Page recalled: “When we played there it really did feel like we were inhabiting a parallel universe, quite apart from everything else, including the rock world of the times.”

Frontman Robert Plant also explained, “We weren’t being pompous … We did come from the land of the ice and snow. We were guests of the Icelandic Government on a cultural mission. We were invited to play a concert in Reykjavik and the day before we arrived all the civil servants went on strike and the gig was going to be cancelled. The university prepared a concert hall for us and it was phenomenal. The response from the kids was remarkable and we had a great time. ‘Immigrant Song’ was about that trip and it was the opening track on the album that was intended to be incredibly different.”

They debuted it live just six days later at the Bath Festival.