One Night Only: Led Zeppelin Reunites And Stuns Crowd Into Silence With “Stairway To Heaven” 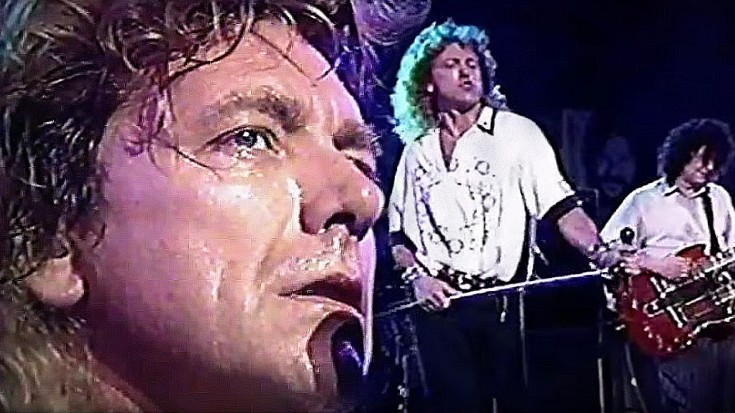 In 1988, Led Zeppelin reunited in celebration of Atlantic Records’ 40th anniversary. Featuring John Bonham’s only son Jason behind his father’s drum kit, the band embarked on what was at the time only their second performance of ‘Stairway To Heaven’ since John’s death in 1980.

Robert Plant was as electric as ever; winding around the stage, he spun the tale of the woman who could buy everything but her way into Heaven. Flanked by John Paul Jones and Jimmy Page, Plant delivered a performance that made us forget that it had been 8 years since the band had shared a stage, and if you weren’t careful you could have mistaken young Jason Bonham for his father.

While we’re not likely to ever see another Led Zeppelin reunion again in this lifetime, this exclusive footage of the boys performing ‘Stairway To Heaven’ is a fantastic reminder that for a time, we were in the company of living legends who not only changed music, but redefined what it was to be a musician.

And it’s whispered that soon, if we all called the tune
Then the piper will lead us to reason
And a new day will dawn for those who stand long
And the forest will echo with laughter

And it makes me wonder…ohhh ooh woe

And as we wind on down the road
Our shadows taller than our souls
There walks a lady we all know
Who shines white light and wants to show
How everything still turns to gold
And if you listen very hard
The tune will come to you at last
When all are one and one is all, yeah
To be a rock and not to roll
Ooooooooooooh

And she’s buying a stairway to heaven