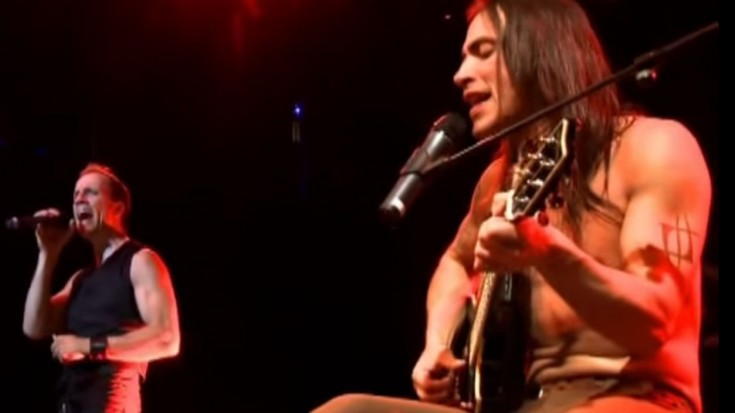 More Than Words To Show You Feel

“More Than Words” was written by Nuno Bettencourt and Gary Cherone. It was released on March 23, 1991 for Extreme’s second album “Extreme II: Pornograffitti (A Funked Up Fairy Tale).” This iconic ballad was famous for Bettencourt’s acoustic guitar work. Because of its popularity, it has become a staple in the band’s concert repertoire.

The song is a detour from the funk metal style that permeates the band’s records. As such, it has been often described as “a blessing and a curse” due to its overwhelming success and repercussion worldwide.

Bettencourt was sitting on the porch with his guitar when this song came to him. This was his process with most of their songs. He then brought it to Cherone who penned the lyrics. In the US, this became Extreme’s first mainstream success. This song has minimal production because they wanted to keep it simple. The same goes for the music video.

I bet everyone knows the lyrics by heart!