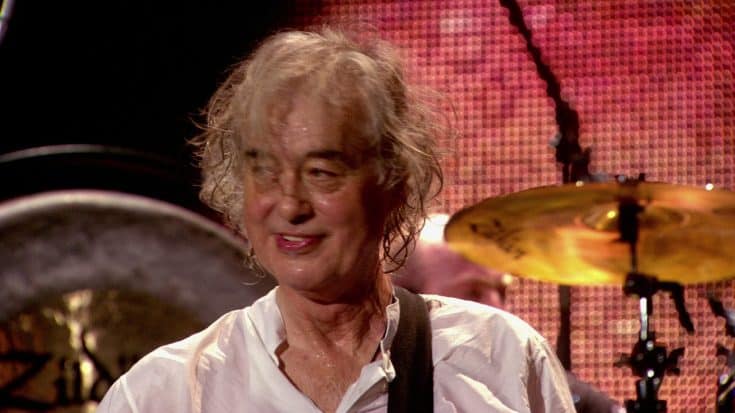 The last time surviving members of Led Zeppelin played together live on stage was on December 10, 2007 at the O2 Arena in London. It was their final full-length concert, and the event was a tribute to Atlantic Records founder Ahmet Ertegun. Less than 20,000 tickets were available, but over 20 million applied!

While it was a great performance, as expected, frontman Robert Plant left the venue after it was over.

“I ended up in the Marathon pub in Camden, drank four bottles of Keo lager and half a bottle of vodka, then went to bed,” he revealed. “Because I had to get away from it. I’d done it. I had to go. It was too heavy. Beautiful, but talk about examining your own mortality! Crazy.”

“I’ve gone so far somewhere else that I almost can’t relate to it,” he told Rolling Stone about their reunion show. “It’s a bit of a pain in the pisser to be honest. Who cares? I know people care, but think about it from my angle – soon, I’m going to need help crossing the street.”

Even so, it was quite a set. And Led Zeppelin’s official YouTube channel recently shared their live performance of “Misty Mountain Hop” from that concert.