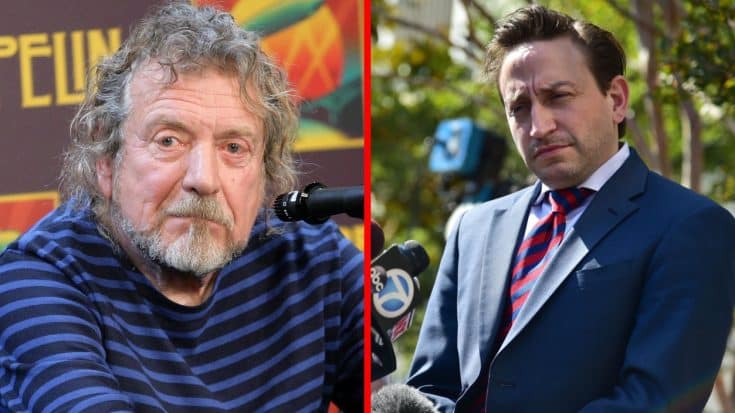 Try Not To Laugh…

No doubt one of the biggest stories of 2016 was Led Zeppelin being sued for apparently stealing a chord progression from the band Spirit’s song “Taurus” and using it on their hit song “Stairway To Heaven”. It was a long ongoing process where Led Zeppelin eventually came out on top, despite having to shell out roughly $800,000 in legal fees.

Immediately after the verdict, Spirit and their lawyer Francis Malofiy filed an appeal and both parties will heading back into court very soon.

However, Francis now claims to have a secret weapon that will prove to be instrumental (no pun intended) in their 2nd round of legal fighting with Led Zeppelin. According to the Philadelphia Magazine, This secret weapon is not legal documentation, it’s not evidence, ladies and gentlemen, it’s a lemon. Yup, a f****** lemon.

According to Jonathan Valania of the Philadelphia Magazine, who recently met up with Francis, described being at his house when Francis he apparently revealed that he somehow acquired the lemon that Robert Plant squeezed into his tea at some point during one of the hearings. “That’s the lemon Robert Plant squeezed into his tea when we deposed him in London back in 2016,” he says.

Fun Fact: Despite being in this ongoing legal battle with them, Led Zeppelin is still Francis’ favorite band.

Well, folks. I wish I was making this up. But yes, it seems as though Francis’ entire legal strategy will be hinged on a three year old lemon.

With that said, Francis has an incredible track record of winning cases, especially against famous artists. He is responsible winning a massive $44 million judgment against Usher and a $100,000 against the Hertz car rental company and an undisclosed settlement with Volvo earning him the nickname ‘Giant Killer’.