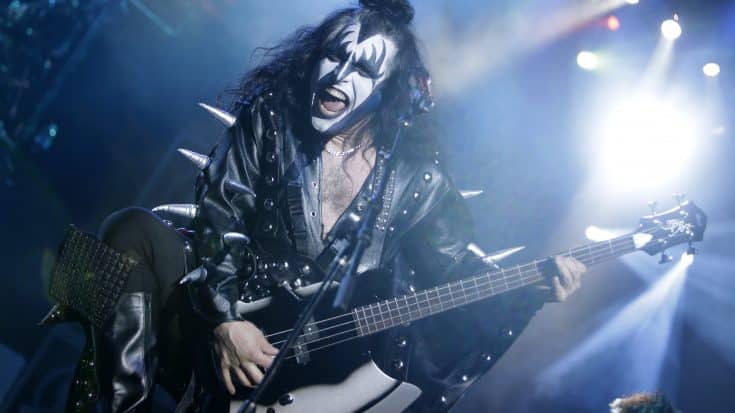 You know those popstars who canceled shows because they have flu? Well, they have nothing on “Paul Stanley.” KISS tribute band Hairball were playing “Detroit Rock City” in Sioux City, Iowa when a spark from the flames hit guitarist and singer Bobby Jensen’s hair. It started igniting dangerously and his bandmate tried to put out the fire then calmly signaled for help.

Two stage crew members went up to extinguish it until the flame was finally out. That isn’t the most shocking thing here. Because the entire time this was happening, Jensen didn’t even miss a riff and kept on performing like it’s no big deal!

In a phone call with Ultimate Classic Rock, Jensen said:

“I live an Evil Knievel kind of life, so if I’m on fire a little bit, I don’t care, that’s just part of the fun. I knew I was on fire right away, and that wasn’t a wig, that’s my hair. It was really nice and foofy before the show, now I have a much better Alice Cooper cut.”

Although he’s been playing with Hairball, Jensen claimed this has never happened before but that they were always ready for it. He added:

Hairball is more than just a KISS cover band. They also pay tribute to other rock ‘n roll greats like Van Halen, Queen, Journey and Aerosmith. They sure know how to put on a show!