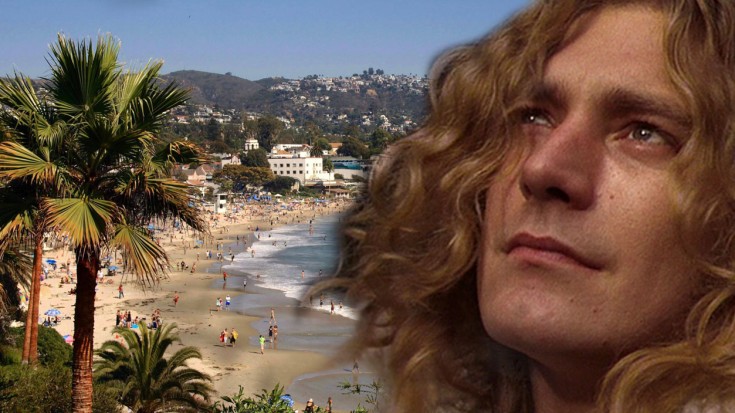 In this beautiful and timeless song we listen to the acoustic story of Plant’s escape to California with a broken heart, from a woman with his wine in one hand and his Earth in the other.

“Spent my days with a woman unkind, Smoked my stuff and drank all my wine. Made up my mind to make a new start, Going To California with an aching in my heart.”

Granted this just may be a standard live performance, however, coming from the lips of Plant and strings of Page it seems to be something special, doesn’t it?

Fun Fact: This song started as a song about earthquakes, but developed into a song about the search for a woman.

As Plant searches for another girl, more pure with a California flow, he experiences rough times and obstacles just like any of us would.

Spent my days with a woman unkind, Smoked my stuff and drank all my wine.
Made up my mind to make a new start, Going To California with an aching in my heart.
Someone told me there’s a girl out there with love in her eyes and flowers in her hair.
Took my chances on a big jet plane, never let them tell you that they’re all the same.
The sea was red and the sky was grey, wondered how tomorrow could ever follow today.
The mountains and the canyons started to tremble and shake
as the children of the sun began to awake.Seems that the wrath of the Gods
Got a punch on the nose and it started to flow;
I think I might be sinking.
Throw me a line if I reach it in time
I’ll meet you up there where the path
Runs straight and high.