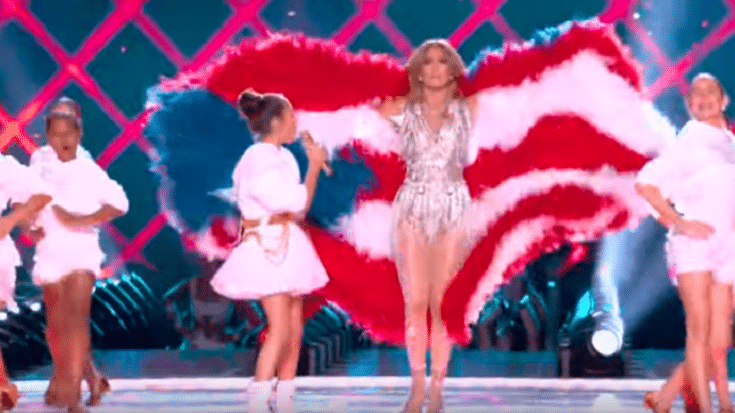 At the 1:51 mark, an eight-second riff from “Kashmir” was slotted in between Shakira’s “Empire” and “Chantaje.” On the 12:16 mark, JLo’s 11-year old daughter Emme Maribel Muniz led a bunch of kids and performed “Let’s Get Loud” with Shakira on drums. JLo joined them and they added “Born in the U.S.A.” into the mix with JLo wearing a Puerto Rican flag.

Prior to the show, Lopez said: “When I think of my daughter, when I think of all the little girls in the world, to be able to have that … to see that two Latinas [are] doing this in this country at this time, it’s just very empowering for us.”

While both Shakira and JLo earned praises for their performance, Twisted Sister’s Dee Snider was far from impressed. He tweeted out, “Beginning to pole humping, ass slapping, ass shaking end. If that’s the requirements for a half-time show, none of the rock bands I know can or will do that. #justsayin”