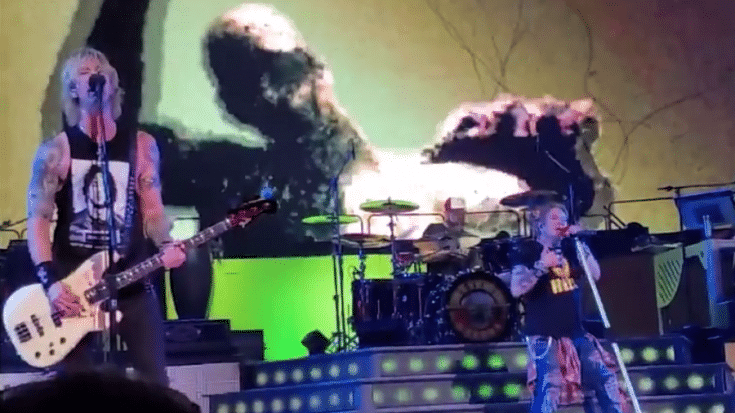 Guns N’ Roses performed their first concert for 2020 at the Super Bowl Music Fest held at the American Airlines Arena in Miami, Florida last Friday, January 31. They dusted off an old and rarely played track with their classic lineup for the first time since 1993. “You’re Crazy” is a deep cut from their 1987 magnum opus “Appetite for Destruction.”

The setlist is similar to what they performed during their Not in This Lifetime tour except for the aforementioned musical gem. They also paid tribute to basketball legend Kobe Bryant, his daughter Gianna, and the seven other people who died during the helicopter crash.

Axl Rose told the audience before launching into “Knockin’ on Heaven’s Door”, “The other night coming home from rehearsal I was like, ‘Is it just me or is that really weird?’ It was this fog bank, like a thunder cloud over the trees. It was really white with a slight pink and this light coming off the ground. It was really weird. It looks formidable. By morning, apparently, it was much worse. That’s what [Kobe Bryant’s] helicopter flew through. It was pretty scary. I want to dedicate this to Kobe and his daughter and everyone on the flight and everyone in the families and everyone impacted by this terrible event.”