Late Rocker’s Only Daughter Says No To Rock, Sets Sights On A Different Kind Of Fame 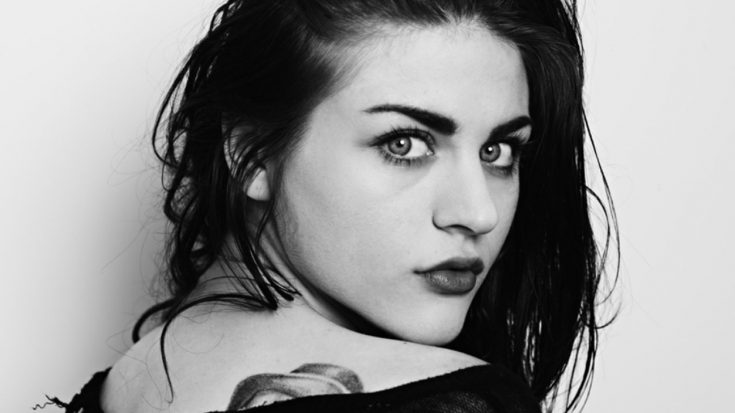 “I am pleased to share the first image of…”

It’s not easy growing up in the spotlight and when you’re known as the daughter of Nirvana’s Kurt Cobain, the pressure of growing up in your dad’s shadow can drive you to do some pretty crazy things if you’re not careful. Thankfully, Frances Bean Cobain is her own woman and forging her own identity outside the realm of her famous parents (her mom is Hole singer Courtney Love), making her own memories and crafting a legacy of her own with what looks like a successful modeling career in the making.

Earlier this week, Cobain was tapped to be the face of Marc Jacobs’ Spring/Summer 2017 campaign, making her official debut on the designer’s official Instagram account along with a cute story about the first time Jacob met Frances:

I first met Frances Bean when she was 2 years old at a dinner with her mom (Courtney) and Anna Sui in 1994 at Bar Six in NYC. I have always wanted to work with Frances. Her beauty, uniqueness, and strength is something I have long admired and respected. Few things remain as constant as my continued inspiration from those whose honesty, integrity, courage, and curiosity lead them to explore and venture beyond preconceived boundaries. Photographed by @davidsimsofficial, I am pleased to share the first image of Frances Bean Cobain for our Spring/Summer 2017 campaign.

While music is clearly in her blood, it’s a wonderful thing to see Frances forging ahead on her own terms, pursuing the things that bring her the most joy and success with little to no regard for what anyone – her mother, fans, friends, or critics – has to say and though we never knew her father, we think he’d be proud beyond belief that she’s grown into a woman completely unafraid to carve out a life from stone and make it her own. Best of luck, Frances!