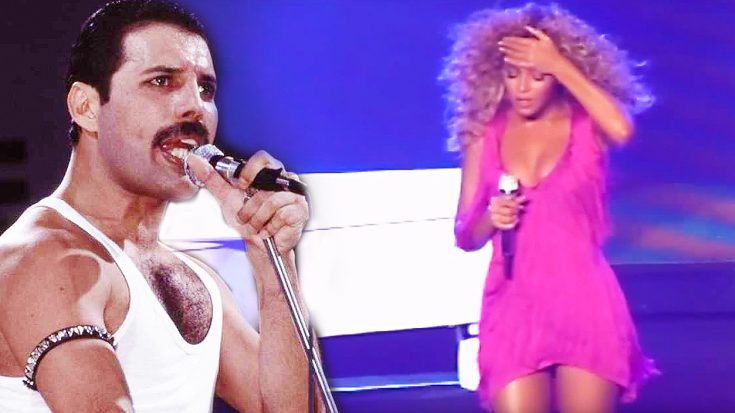 She had the wrong Formation of the lyrics

Queen’s “Bohemian Rhapsody” is one of the greatest songs of all time. It’s one of those tunes that is universally known, too. Whether you listen to rock, pop, country, R&B, blues or even yodeling, everyone is familiar with the magical lyrics of “Bohemian Rhapsody.”

Over the years, we’ve seen people attempt to cover the iconic tune. Many have tried, many have failed, and some have actually succeeded. But I don’t we’ve ever seen anyone butcher this song as bad as Beyoncé did back in 2011. Beyoncé covered the song during a performance in Nice, France, and struggled through the lyrics. She had a sheet of paper at her feet with the lyrics written on them and still skipped over lines, mixed verses up, and found herself mumbling some of the words as well.

To be fair, her voice wasn’t terrible, and she could have drafted an alternative version of the lyrics, in order to keep the cover short (sort of like a radio edit of a song). Therefore, the paper could have been there to help her keep her place, and track where she was in the edited song. But either way, it was not the best moment of Beyoncé’s career.

Check out the moment down below, and be the judge yourself. Did she completely butcher the lyrics beyond belief, or did she just struggle over an edited version? Let us know!