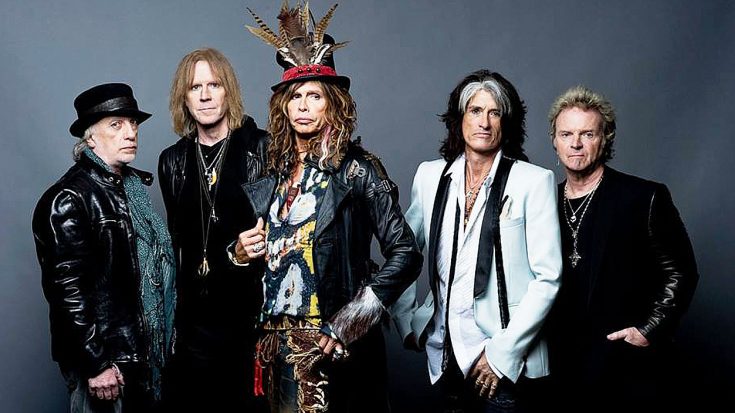 I really don’t know where to start with this one. When I first heard that Aerosmith were going to be retiring, I legit cried. Aerosmith has a special place in my heart and they always will. Whether it’s their older music, or their newer stuff, they just cannot do any wrong, in my opinion. I wrote something similar to this about AC/DC and everyone who read it seemed to be in agreement with what I said. They should just retire, but can the same be said for Aerosmith? Let’s look at it from both sides.

Starting with Steven Tyler. Even in his old age he is STILL going strong like a 25-year-old and sounds better than ever. If you just look at the guy, let alone listen to him sing, he can see pretty blatantly that he’s still got it. He reminds me of an even younger Mick Jagger. He still puts on the best shows and is STILL widely regarded as one of the greatest rock singers of all time, PERIOD.

Rhythm guitarist Brad Whitford recently spoke out in an interview say that he doesn’t think Aerosmith is done. He believes that there is “still life in the band”. Brad Whitford will continue playing music, we all know Steven Tyler ain’t ramping down for anything, and the rest of the band are still good to go forever… well almost all of them…

Last year, lead guitarist Joe Perry suffered a heart attack on stage with his other band The Hollywood Vampires. Now this is just ONE incident, but even Joe Perry himself indicated that the incident was a sign of things to come. Sure, the band’s decision to retire was before this, but you get the point.

So should they even retire? Well, again on one hand they are all still great performers in their old age and still sound just as young and vibrant as they ever have, despite certain health scares. On the other hand, it’s not just about whether or not you CAN keep performing, but also about whether or not you SHOULD keep performing. One of the key themes in my AC/DC article was about a band knowing when to stop. Sure, Aerosmith could probably technically keep playing for another 20 years. If The Rolling Stones could do it, they can certainly do it. But do they want to do it? Well obviously they’ve decided no, but why? Well, because it’s simply time.

Aerosmith have accomplished pretty much everything they’ve wanted to in their illustrious careers. To just keep playing would only put more strain on them. Tony Iommi of Black Sabbath even says that touring and playing live at his age (which is around the same age as all of the boys in Aerosmith) is dangerous and bad for your health. So if you ask me, Aerosmith are definitely making the right choice. These fine gentlemen leave behind a legacy like no other. They are rock legends who will live forever.

So yes, this is the right choice. Do you agree or do you disagree? Let us know in the comments!