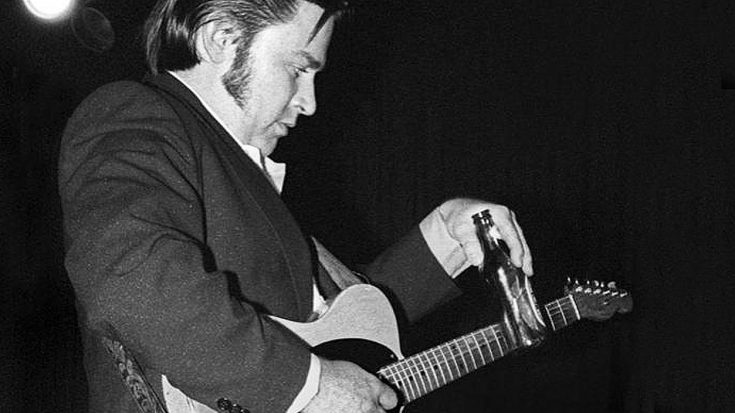 One of the greatest tragedies to ever befall the rock community was the death of master guitarist Danny Gatton, who committed suicide in 1994 at the age of 49. An absolutely stellar musician whose innovation and fearlessness inspired the likes of Joe Bonamassa, Danny Gatton is widely regarded as having been one of the best guitar players in the world, known for fusing together rockabilly, jazz, and country to create his own distinctive style and consistently finding new and fun ways to approach playing an instrument he’d clearly already mastered.

Part of Danny’s innovation included the perfection of his slide guitar technique; unique in that it featured Danny’s use of a completely full beer bottle instead of something small and lightweight, it made for a great parlor trick when Danny hit the stage and in the video you’re about to see the late legend actually takes his technique one step further by using a dish towel for the second half of his beer bottle slide guitar solo.

If you don’t believe that a common household dish towel is capable of changing the way a guitar solo sounds, you’re about to be absolutely blown away by Danny Gatton’s genius because that towel allows him to do some pretty amazing things with that fretboard and bring out sounds you never thought possible!