Last Night Was Cliff Williams’ Final AC/DC Show, And His Bandmates Gave Him One Hell Of A Sendoff 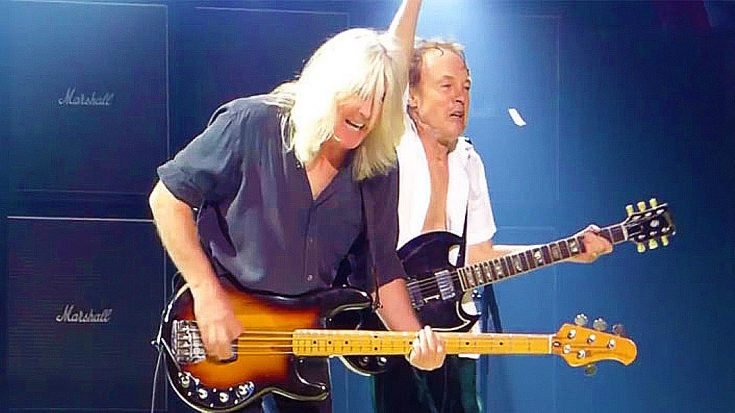 Last night was the final show on AC/DC’s Rock Or Bust tour and with it, the final show for bassist Cliff Williams who announced plans to retire earlier this year and earlier this week confirmed his decision in an emotionally charged video made for his fans.

The show at Philadelphia’s Wells Fargo Center went off without a hitch but had a noticeable air of finality to it as Cliff took the stage for the final time, and as AC/DC prepared to close out the final night of Rock Or Bust with “For Those About to Rock (We Salute You),” fans saw Angus run to Cliff’s spot at the back of the stage where he grabbed the bassist’s hand and pulled him out onto the catwalk where the entire audience showed over 40 years’ worth of love and appreciation for all that Cliff’s contributed to AC/DC and the legacy of rock and roll music.

Guys, if that’s not one hell of a rock and roll sendoff, I’m not sure what is. All I know is that Cliff Williams was an integral part of AC/DC and while we’ll miss him terribly, we’re forever grateful that his rock steady bass lines got to be the soundtrack of our lives. Thanks for everything, Cliff!