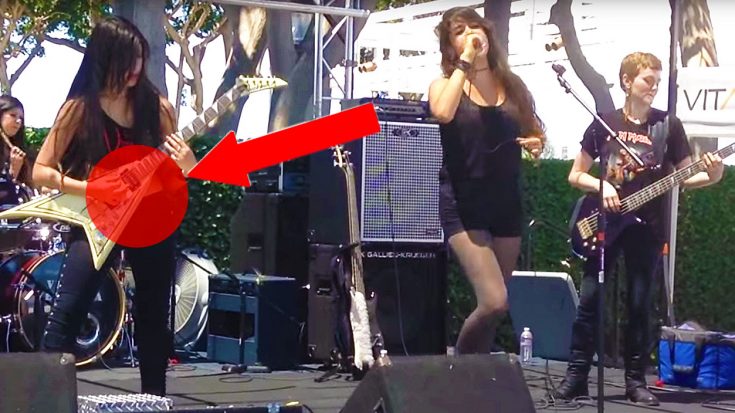 Check out these badass ladies! They definitely show off the girl power in rock n’ roll, as they jammed out this amazing cover of Black Sabbath’s hit “War Pigs.” These ladies show off that men and women can rock just as hard as one another, and bring the house down. The video was originally uploaded by Vixen Vendetta, who we’ve narrowed it down to be the guitar player in the band. She, especially, does an amazing job on this song, and shreds a great solo midway through!

Fun Fact: “War Pigs” is about man’s desire to kill and destroy. Sabbath got the idea from war stories they heard when they did a show at an American Air Force base during a tour of Europe. They wrote the song when they were in a grim deserted place in Zurich where they were playing for a small sum of money to an even smaller audience.

It’s refreshing to see a group of girls perform such a gritty song! It truly shows that music is universal, and is able to inspire all types of people! Make sure you check out other videos on Vendetta’s channel! The band has since had some line up changes since this video was uploaded, but still manages to sound fantastic! Show them some love!

Check out the cover of “War Pigs” down below!