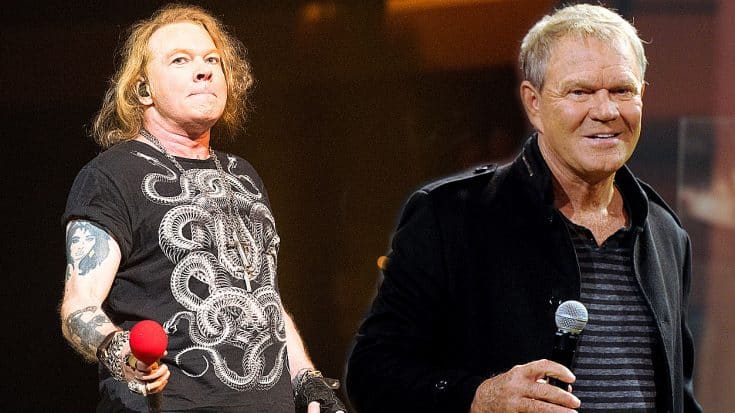 When the news of the passing of legendary country artist Glen Campbell’s passing broke it sent a shockwave of sadness throughout the entire music community. Glen may have been a country artist, but his music truly transcended past all genres of music.

It simply goes without saying that Glen Campbell was one of the most iconic and influential musicians to have ever taken to the stage. He had a style and charisma that was often imitated; yet never duplicated. He was one of the best, pure and simple.

In Edmonton, Guns N’ Roses took time out of there set to pay tribute to Glen with a moving rendition of his hit classic “Wichita Lineman”. To put it simply, Guns N’ Roses paid tribute in the best possible and if you ask me, I think that this is one of the best covers of this song out there. Don’t believe me? See for yourself.