This Mashup Between Gloria Gaynor And Metallica Seems So Wrong, But Sounds So, So Right! 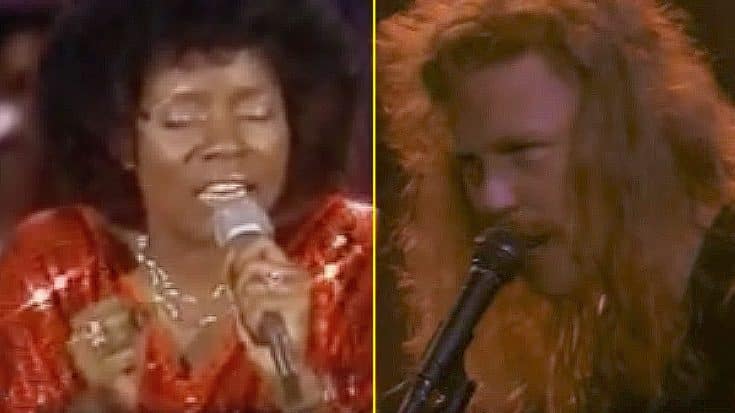 This summer, worlds and genres collided when someone crafted an absolutely brilliant mashup from Gloria Gaynor’s slick disco classic “I Will Survive” and Metallica’s “One,” creating a Frankenstein monster of a track that showcases the ultra slick danceability of Gloria Gaynor’s biggest hit married to Metallica’s pain filled anti-war anthem.

Opening with the unmistakeable one-two punch that is the opening piano glissando, “I Will Survive” is business as usual until the sound of gunfire and explosions introduce “One,” James Hetfield’s voice cutting through the slick disco in what can only be described as an absolutely gorgeous transition. Suddenly, you’ve got yourself a mashup that turns “One” into a dancefloor anthem for the truly devastated – one that even features a neat little video that’s got clips from Metallica’s 1989 music video for “One” with clips of dance breaks from popular movies and television shows from the 70s.

Where many mashups of this nature tend to fall apart or just plain fail to make sense beyond the artist’s self-indulgence, “One Will Survive” works just as well as one cohesive unit as it does two separate entities, showing off the beauty that was the music we grew up with as well as the best of what both tracks have to offer on their own. Check it out in the audio below and as always, enjoy!