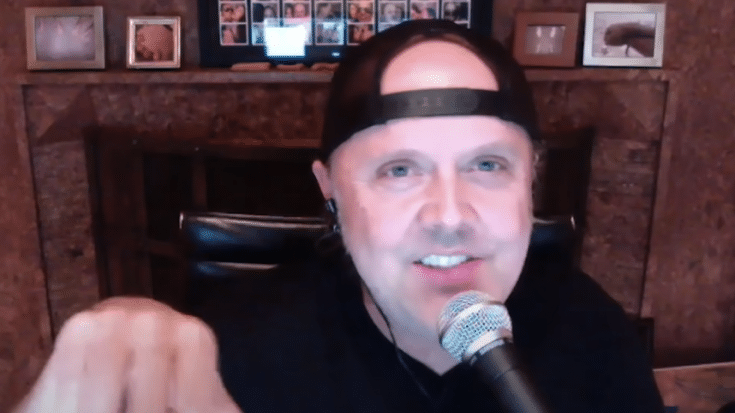 Who Do You Think He Picked?

In September 2020, Metallica’s Lars Ulrich appeared remotely on SiriusXM’s The Howard Stern Show and talked about two legendary rockers behind the kit – Led Zeppelin’s John Bonham and Rush’s Neil Peart. There have been countless debates on who’s the greatest drummer of all time.

Ulrich admitted that it’s “a f**kin’ hard question” and he’s been asked about it for over four decades.

Of course, Ulrich doesn’t give his answer right away to add to the suspense. He even threw in a couple of other sticksmen like Cream’s Ginger Baker, The Who’s Keith Moon, Deep Purple’s Paice who Ulrich described as “an incredibly technically gifted drummer” , and AC/DC’s Phil Rudd who he said gave AC/DC “that incredible bounce and swing”.

Ulrich then recalled the phone call between him and Peart when Metallica was still just starting out.

“The first time I ever met Neil, it was 1984,” Ulrich said. “Our manager Cliff [Burnstein] signed Rush, and I had drum questions about gear and this and that.”

“I was 20 years old with not a pot to piss in,” Ulrich remembered. “And I called him, and we spoke 30, 45 minutes on the phone and were geeking out on drums.”