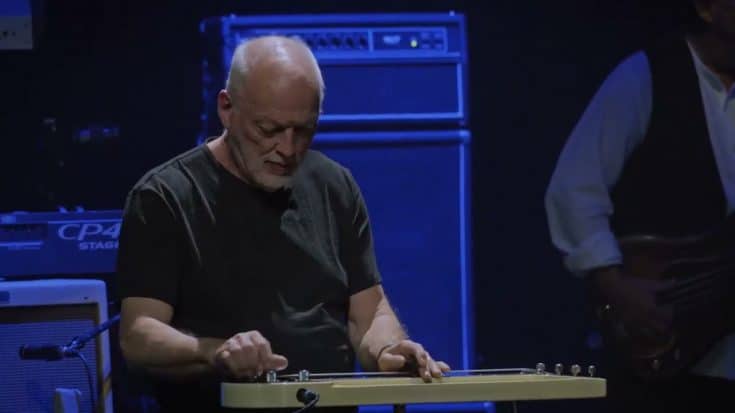 The Mick Fleetwood & Friends tribute concert to Peter Green that took place on February 20, 2020 at London’s Palladium was a star-studded event. It brought together some of the biggest names in rock and saw performances from Pete Townshend, Steven Tyler, Billy Gibbons, Noel Gallagher, Kirk Hammett, and many more.

One of the highlights of the concert was when Pink Floyd’s David Gilmour took the stage to cover Fleetwood Mac’s 1968 instrumental track “Albatross”. This was towards the end of the show and Gilmour absolutely nailed it.

Mick Fleetwood personally invited Gilmour even though they’re not that close, and the latter was reluctant to perform at first.

“He had so much reverence for Peter Green’s playing and who Peter was and the songs,” Fleetwood told Rolling Stone in an interview. “He initially got cold feet. He was like, ‘I don’t know if I can interpret Peter’s work. It’s so amazing. Maybe I can’t do that… At the moment I’m sort of passing on the idea. But later on, if this happens, I may gather enough courage.'”

The next time they spoke, Gilmour finally agreed and his cover was glorious, even Fleetwood had nothing but praises for him.

“He did beautiful work on the re-work of ‘Albatross’ with [former Fleetwood Mac guitarist] Rick Vito and also he did ‘Oh Well, Part Two’, which was on the Then Play On record,” Fleetwood commented. “For lack of a better description, it’s a classical-esque escapade that Peter put together. Peter never played it. Fleetwood Mac never played it. That was really special that David picked that to do.”

“I was overjoyed,” he added.