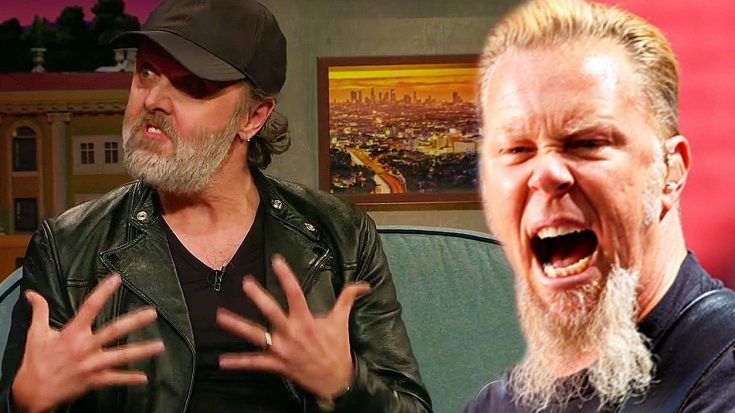 We don’t blame him…

Metallica’s performance at the 59th GRAMMY awards will always be remembered for the technical difficulties. During the performance, lead singer James Hetfield’s microphone was not turned on. Therefore the entire performance was ruined, and left a bad mark on the band and metal as a whole.

Viewers saw James visibly upset after the performance. He knocked over the mic-stand and threw his guitar. But the scene green room after the band left the stage was much worse. Drummer Lars Ulrich dished on the details on James Corden’s show, and said he hadn’t seen James that angry in over 20 years. Lars said he was visibly furious, and  it took him a good 10 minutes to fully calm down. Lars seemed okay with the ordeal, and even said it’s not the first time that Metallica have dealt with technical issues.

Fun Fact: Lady Gaga came in contact with Metallica at Bradley Cooper’s house where she chatted with Lars Ulrich.

Check out the clip down below, and let us know what you think.