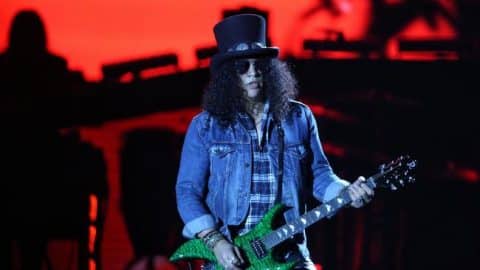 Okay, at some point, we all made the same mistake the guitar technician and announcer McBob did – but not on a grand scale and definitely not in front of thousands of audience members. To be fair, maybe he got all hyped up and carried away by the overwhelming support which is why he forgot the city Guns ‘n Roses was playing. Lol.

Fun Fact: Early in their career, the boys lived in Hell House – a small LA apartment.

On the night of February 14 (yes, it was Valentine’s Day), McBob said before introducing the band, “Sydney, you wanted the best but they’re stuck in traffic, so here’s what you get.” Uhm okay, in a way, that was unforgivable. But aside from apologizing on Twitter and Facebok, the legendary rock group also made sure the crowd had a night to remember minus the shaky start because Axl Rose and the rest of the boys gave them one heck of a show.

The crowd was all like, “Yeyyy….. Wait, what?” Just see for yourself.

Goodnight Melton! There will be no encore! pic.twitter.com/cqIlWHV8cN

Melbourne, thank you for an awesome fucking evening! Apologies for the Spinal Tap intro! But, we had a great fucking time tonight! Cheers!