Lars Ulrich Finally Opens Up About GRAMMY Performance With Lady Gaga, And Doesn’t Hold Back! 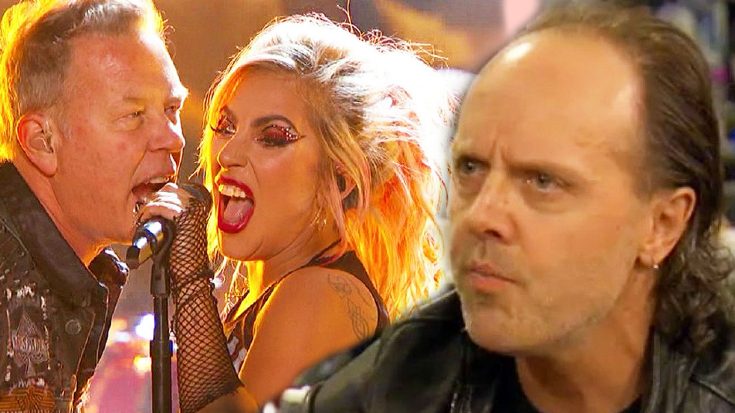 Sunday night the 59th GRAMMY Award Ceremony took place, and viewers were met with plenty of surprises, controversies and performances. One of the hot topics of the night, was the fiery performance from Metallica, who teamed up with pop sensation Lady Gaga.

The performance was definitely met with mixed reviews, mostly negative because of technical difficulties. James Hetfield’s microphone wasn’t working the first half of the performance, and the mix with Lady Gaga was definitely intriguing. Metallica drummer Lars Ulrich opened up and shared his thoughts on the performance, but actually had some positive insight to share, saying that it was a “clusterf***” in the best possible way!

“There was a slight technical snafu, but that’s not really something you can do much about. You just learn to live with that side of it. It happened to Adele last year; I guess this year it was our turn”– Ulrich said.

He went on to talk about Lady Gaga, and even went on to say she is the “quintessential perfect fifth member of this band.”

“Her voice, her attitude, her outlook on everything is so awesome. [The performance] was so effortless and organic and she just has the spirit of hard rock and metal flowing through her veins. It comes really easy for her. There’s nothing contrived; she just has this super warm, easy energy”– Ulrich stated.

Gaga said her and Lars met at a party at Bradley Cooper’s house, and talked about how they were fans of each other. That led to the Grammy’s collaboration.

If you missed the performance, check it out down below!