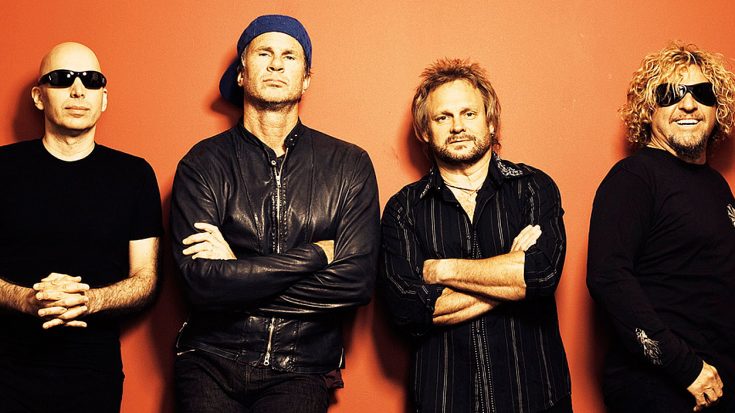 It’ll Remind You Of Better Times!

The hit rock band known as Chickenfoot is a supergroup comprised of four of the greatest rock musicians still active and playing live. Featuring Sammy Hagar, Michael Anthony, Joe Satriani, and Chad Smith, Chickenfoot is quickly becoming a force to be reckoned with on the hard rock scene.

Chickenfoot is relatively new, but they are already considered a legendary band that is a nice throwback to the good ‘ol days of classic rock and roll. They’re sound can be easily defined as Van Halen mixed with Red Hot Chili Peppers with a sprinkle of Joe Satriani, which is pretty obvious I guess. The band has been hard at work and they’re sharing the fruits of their labor.

What you’re about to watch is a new music video from the aforementioned Chickenfoot for the new song called Divine Termination. To put it simply, this song and video will remind you of better and simpler times. Don’t believe me? See for yourself!