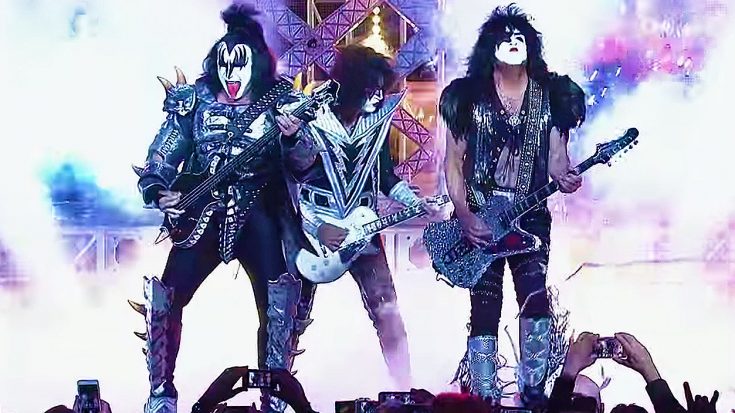 KISS’ “Detroit Rock City” just turned 40 years old. But that didn’t stop the face-painted quartet from releasing a brand new music video for the song. KISS dropped a fresh video for the classic last week, to advertise the release of their upcoming DVD Kiss Rocks Vegas. The DVD documents KISS’ performances over their 9 date run at the Hard Rock Hotel in Las Vegas in November of 2014. The band has bragged that this is one of the band’s best live performances in their career.

“Kiss Rocks Vegas captures the event in all its pyrotechnical glory as the band power through hit after hit in front of the adoring Kiss Army. Nobody delivers a live concert spectacle like Kiss – and this concert film finds them in peak form.”- KISS via official statement on band’s website

The video just shows KISS performing “Detroit Rock City” live in Vegas. From what it looks like in the video, it could be argued that this is one of KISS’ best performances of recent memory. Paul Stanley’s vocals in this video sound phenomenal, and the overall performance sounds like KISS in their prime. We can’t wait to see what else the dvd has to offer!

Check out the video down below, and be on the look out for the DVD which is scheduled to release soon!