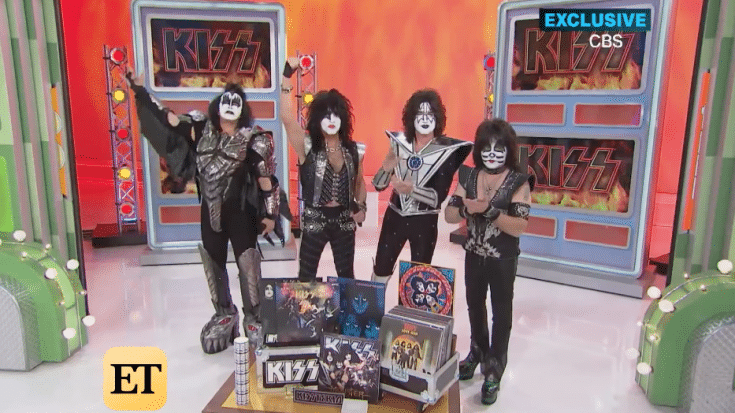 Rock and Roll All Nite

In the spirit of the 2019 Grammy Awards, classic TV show, “The Price Is Right,” invited rock’s mega band, KISS to start their Music Week. The “Detroit Rock City Rockers” filmed the episode on December 03, 2018. A clip was released by CBS- and it definitely fires up everyone’s anticipation.

KISS announced their “End of The Road” Tour back in September of 2018 and had every KISS mega-fan rejoicing. The “Price Is Right” modeled their first special prize package of Music Week around the band’s farewell tour. The gift this lucky fan and game show player won is insane…

Though the full episode won’t air on CBS until February 04, 2019, we found out some crucial KISS deets during the clip. We know now that the “End of The Road” tour was kicked off in North American on January 31, 2018 and we also know what that superfan won!

Lucky dude gets to fly on the KISS jet to several tour dates and won an additional package with a vinyl box set of 34 LPS and a menagerie of KISS memorabilia.  The lucky winner’s face was full of elation and total disbelief.  We would be too!

“But you know traveling with KISS is PRICELESS!,” shouts Gene Simmons!

After 45 years, KISS is closing out their touring career in a “BOMBTASTIC” way with their “End of The Road” tour. Their international dates have also been posted. Check out to see when the tour hits your city on the KISS official website.