KISS Just Broke One Of Their Biggest Rules – But When You See Why, You’ll Stand Up And Cheer 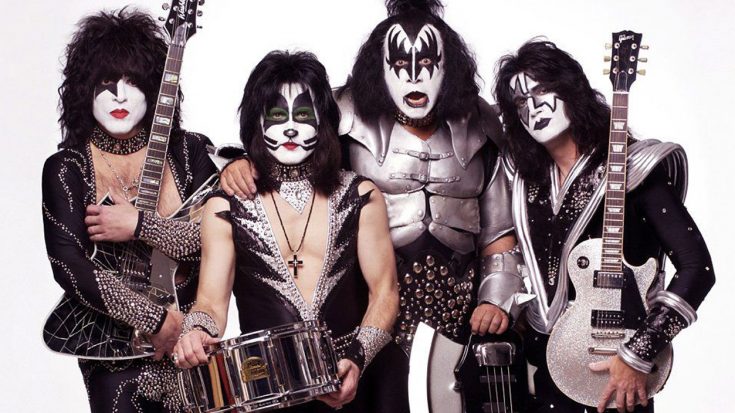 Say what you want about Kiss (especially in the wake of their newly released Kiss-branded air guitar strings), but never let it be said that these guys don’t love America. Last weekend saw the band rally behind guitarist Tommy Thayer as he embarked on a mission to raise money for a military museum named after his father, going unmasked for a special performance at The Brigadier General James B. Thayer Oregon Military Museum fundraiser that ultimately raised over $1.2 million dollars in a single evening.

While the event was intensely personal for Thayer the magnitude of the event wasn’t lost on his fellow bandmates; the son of a Holocaust survivor liberated by Allied forces, frontman and bassist Gene Simmons is eternally grateful to those who put themselves in harm’s way to protect all that we hold dear so naturally, the decision to come out in support of Thayer as he raised money for a cause near and dear to his heart was an easy one.

“Gene’s mother’s life was spared at the age of 14, but what she went through makes this effort even more personal for all of us in the band,” remarked Thayer. “The band as it is today, all of us are very close and very supportive of each other’s charitable and philanthropic efforts, and especially this one. We have supported the military and the veterans throughout our tours in various ways.”

Guests danced the night away to their favorite Kiss tunes while the guys, exchanging their usual concert getups for stylish suits and ties, paid their respects to veterans past and present and with a final number of $1.2 million dollars raised for the museum, it’s pretty safe to say that the night was an overwhelming success! To find out more about the museum and donate, check them out here – it’s a great cause, and we’re proud of Kiss for supporting such a great cause!