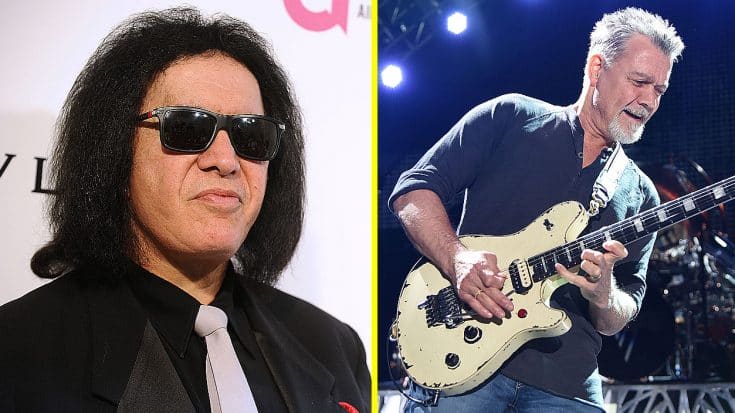 What Could’ve Been… And What Now Will Be…

More and more as years go by, some of our favorite rock legends reveal fascinating secrets, photos, songs, and so on and so forth that we as fans didn’t know of before. It’s never not amazing and it’s about to happen again.

Gene Simmons is reported to be preparing a release of a box set comprised of unheard KISS demos called The Vault. Featured in some of those unheard tracks are Eddie and Alex Van Halen.

According to Van Halen News Desk, there are three tracks that featured the Van Halen brothers back in the day and they are Christine Sixteen, Got Love For Sale, and Tunnel Of Love.

Gene Simmons talked to Rolling Stone last year and explained the recording process. “I discovered the band. I saw them and signed them. I produced their demo – 15 songs – which I still own, but the band just doesn’t want it to come out. They did me a favor. I was in Los Angeles, and I called Alex and Ed. ‘Listen, I got three songs. I’m going in at 2AM. Do you want to help me?’ Usually I put down all the parts, but I wanted to do three songs instead of one. So we did ‘Christine Sixteen,’ and I put the keyboards on, everything else. Ed did the solo to the rhythm guitar, bass, and Alex was on drums.’”

Now, I don’t know about you, but I’m excited as hell for this! Just imagine… Van Halen AND Kiss on the same track! That’s a recipe for awesomeness!