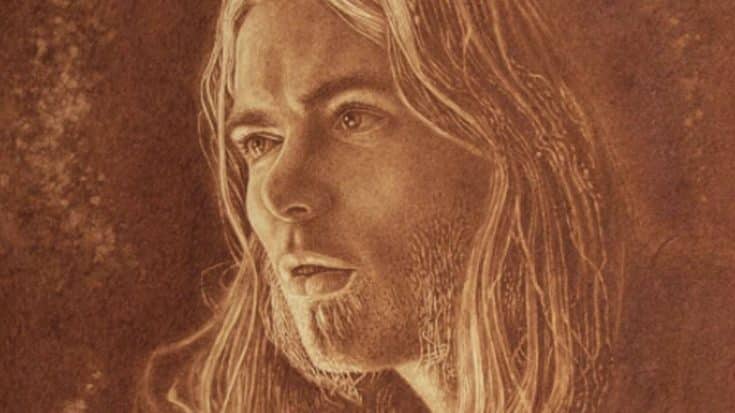 Painting Commissioned By Allman In 2015

Even in death, Southern rock legend Gregg Allman knows how to turn heads and capture your attention. The late singer-songwriter’s final album, Southern Blood, was released last week to great fanfare and with its deluxe edition and the initial run of vinyl copies, a portrait of Allman done by American surrealist Vincent Castiglia; while the addition of a portrait of Gregg Allman may seem pretty standard for what was to be his final gift to the world, the medium Castiglia used to fashion it is – blood, supplied by Allman and two of his children.

A longtime fan of Castiglia’s work, Allman approached him in late 2015 to commission the album art for Southern Blood; he supplied him with vials of his own blood to be used in the production of the artwork, but it wasn’t until his death that the vials of blood were finally used, pulled from the depths of Castiglia’s refrigerator and used in the creation of the portrait below.

Based on a photo taken by Neal Preston in the early seventies, Allman’s portrait is equal parts artistic masterpiece as it is a father’s legacy brought to life with the help of two of his children, Devon and Layla Allman, who upon discovering that there wouldn’t be enough of their father’s blood to complete the painting gladly rolled up their sleeves and supplied their own to be mixed in.

That’s…that’s powerful. For a man who poured everything he had into sharing his passion with the world for half a century, it’s only fitting that a legend like Gregg Allman should close out the book of his life by bringing it back to the only thing that’s ever mattered: blood, and the people you share it with. Check out a time lapse photo of how Vincent Castiglia crafted this masterpiece in the video below and while you’re at it, head on over to Amazon and pick up a copy of Southern Blood!