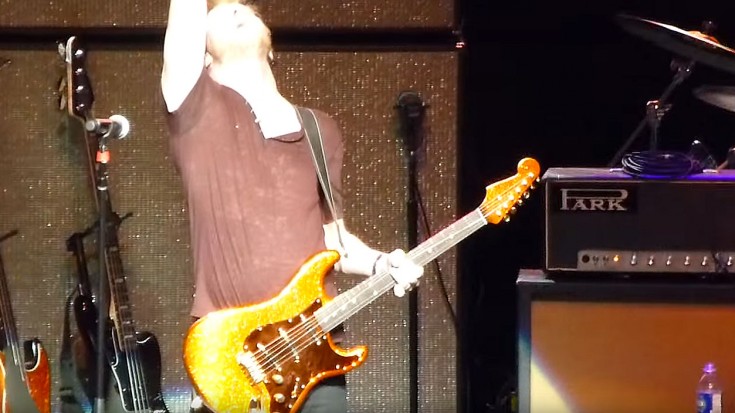 Louisiana-born guitarist Kenny Wayne Shepherd grew up with both feet straddling the line between the blues and good old fashioned rock and roll, looking to influences like Stevie Ray Vaughan and Jimi Hendrix when it came to developing his signature sound that’s a little bit Louisiana bayou, a little bit Electric Ladyland.

In 2014, Kenny took the stage at Experience Hendrix, the all-star tribute to the late guitar legend and performed a blistering rendition of ‘Voodoo Child’ that brought the crowd to its feet and left them begging for more. This performance is amazing because while it’s 100% Kenny and his immense talent, it’s just as much Stevie Ray Vaughan as it is Jimi in an approach to music that John Mayer would call “50% brutal force and 50% finesse,” the only way to really explain the passion behind every string bent.

Fun Fact: Kenny is self taught. He began at the age of 4, and was inspired by Stevie Ray Vaughan to learn how to play.

All in all, this makes for an incredible performance that Jimi would have loved! It’s not so much the song itself that we think would have gotten Jimi’s attention, but the amount of feeling put into it that would have made the late guitar hero immensely proud!